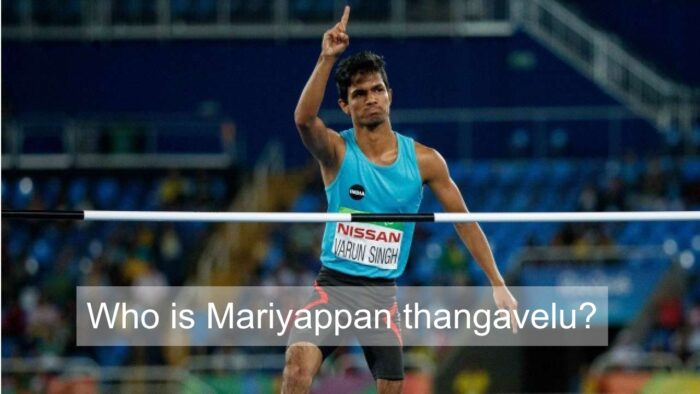 Who is Mariyappan Thangavelu?

Mariyappan Thangavelu was born in Periavadagampatti village, Salem district, Tamil Nadu on 28th June 1995. He is an Indian Paralympic high jumper who has represented India at a host of international events. At the 2016 Summer Paralympic Games, he secured the gold medal for India in the men’s high jump.

Mr. Satyanarayana, his current coach first noticed Mariyappan at the Indian national para-athletics championships. He was so impressed that he brought him to Banglore in 2015 to train him professionally. 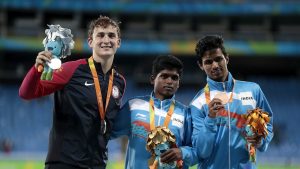 Mariyappan was one of six children. His father abandoned the family at a very young age and his mother Saroja raised them as a single mother. She used to carry bricks but later worked as a vegetable vendor.

What is the disability of Mariyappan Thangavelu?

Mariyappan suffered a permanent disability at the tender age of 5 when he was run over by a drunk bus driver while walking to school. The tyres crushed his leg below the knee due to which it became stunted.

After years of hard work and perseverance, Mariyappan’s moment of reckoning came when he cleared a distance of 1.78 m  in the men’s high jump event in Tunisia, at the IPC Grand Prix. Due to which he qualified for the Rio Paralympics. At the Rio Paralympics Games, he came out all guns blazing and won the gold medal in the men’s high jump T–42 event, with a leap of 1.89 m.

Read Also: Rani Rampal: 5 things you may be interested to know about the Indian women’s hockey team captain 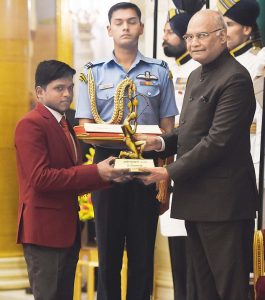 Performance at the Tokyo Olympics 2020

Thangavelu entered the field in the men’s high jump T63 event as one of the strongest medal contenders, having already bagged the gold in Rio.

He performed according to expectation with his rather unconventional technique. He was in a gold medal position for large parts. However, near the end, he was pipped by USA’s Steve Grewe who won the silver in Rio.

This was a reversal of the first two podium positions in Rio as Steve avenged his defeat at the 2016 Paralympics.

What are the Awards received by Mariyappan Thangavelu?

Mariyappan was showered with cash prizes from all nooks and corners of the country, after his stupendous achievement in Rio.

Mariyappan Thangavelu was also awarded the Padma Shri in 2017, Arjuna Award in 2017, and the Major Dhyan Chand Khel Ratna in the year 2020.