The first Paralympic medalist, Mulikant Petkar won gold in men’s 50m freestyle swimming at the 1972 Heidelberg Games, setting a then-world record of 37.33 seconds. He is the only Indian para-athlete to have won the medal in swimming. Murlikant was a soldier in the Indian Army’s Corps of Electronics and Mechanical Engineers (EME) during the 1965 Indo-Pak war. Murlikant Petkar was also a boxer who switched to swimming after he left an arm to a bullet injury. In 2018, he received the Padma Shri award, India’s fourth-highest civilian honor.

At the 1984 Paralympics, co-hosted by Stoke Mandeville, UK, and New York, USA, Bhimrao Kesarkar won a silver medal in the men’s javelin throw L6 with a throw of 34.55 meters. The athlete also competed in the men’s 100m freestyle L6 event but was unable to get past the preliminary round.

Devendra Jhajharia broke the 20-year long Indian drought by winning gold in the men’s javelin throw F44/46 event. Devendra sprinted a distance of 62.15 meters, which was also a world record at the time. He was awarded the Arjuna Award for this feat. In 2012, Devendra Jhajharia received Padma Shri.

Devendra shined once more with gold at the 2016 Rio Paralympics, following his achievement in Athens in 2004. He threw 63.97 meters this time to take the first spot on the gold podium. In 2017, he received the Major Dhyan Chand Khel Ratna Award, the highest athletic honor. 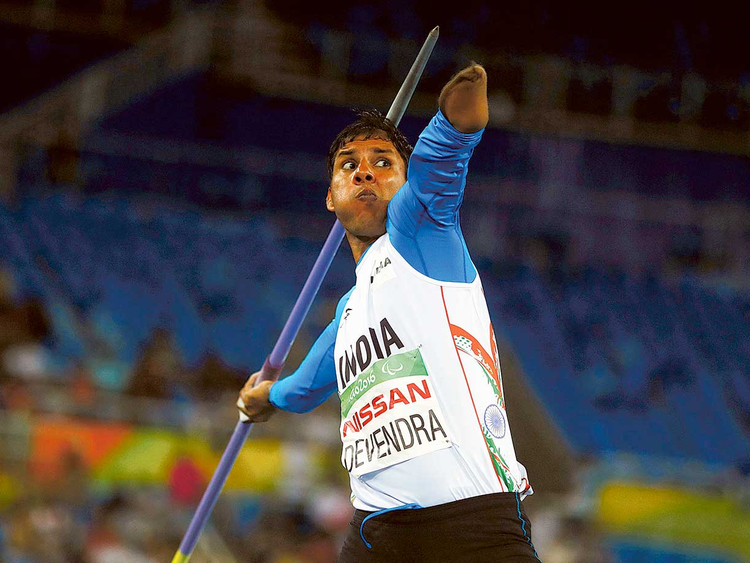 The Indian powerlifter won a bronze medal in the men’s 56kg weight class by lifting 157.5kgs. Rajinder competed in the Beijing Paralympics again in 2008, finishing fifth. Rajinder was honored with the Arjuna Award in 2005.

At the London 2012 Paralympics, Girish N Gowda won the only medal, a silver. he competed In the men’s high jump F42. In 2013, Girish was awarded the Padma Shri and the Arjuna Award the following year.

Mariyappan Thangavelu won gold in the men’s high jump F42 event at the Rio 2016 Paralympics with a high jump of 1.89 meters, On his return, Mariyappan was awarded the Padma Shri and the Arjuna Award. Last year, he received the Major Dyan Chand Khel Ratna, India’s highest athletic honor.

Two Indians were on the medal podium for the men’s high jump in 2016. Varun Singh Bhati followed Maiyappa by winning the bronze medal in the same event by a high jump of 1.86 meters. Varun received the Arjuna award the same year. 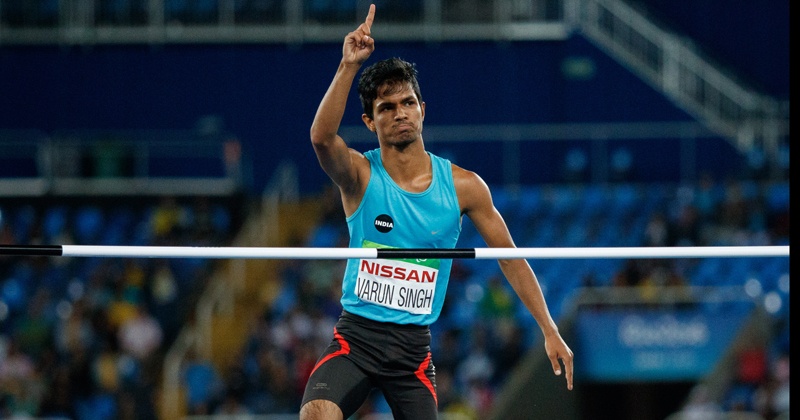 In the 2016 Rio Paralympics, Deepa Malik made history. At the tournament, she became the first Indian female para-athlete to earn a medal. Deepa Malik won a silver medal in the Shot Put F53 at the 2016 Rio Olympics, being the first woman to do so. Her throw was 4.61 meters. She is the current President of the Indian Paralympic Committee. She received the Arjuna Award in 2012, the Padma Shri in 2017, and the Major Dhyan Chand Khel Ratna Award in 2019. 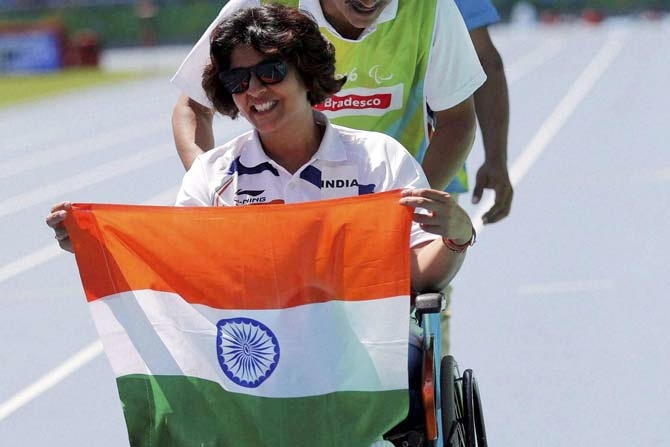 So, this was all you need to know about India’s Paralympics Medal winners!

Follow The Sportslite for all the latest Paralympic news and updates.