The SportsLiteSports at just one click!
HomePlayerWho is Palak Kohli, one of India's medal prospects in para-badminton at...
PlayerTokyo Paralympics 2020

Who is Palak Kohli, one of India’s medal prospects in para-badminton at the Tokyo Paralympics ? Who is Palak Kohli?

Palak Kohli was born on 12th August 2002 in Jalandhar, Punjab. She is an Indian para-athlete who represents the country in professional para-badminton.

This girl from Punjab has been able to achieve wonders at a very tender age.

Since Palak belongs to Jalandhar she completed her schooling at St. Joseph’s Convent School.

During the pandemic which struck the world in early 2020, Kohli continued her training in the national training camp under the head coach of the Indian Para-badminton team, Gaurav Khanna. 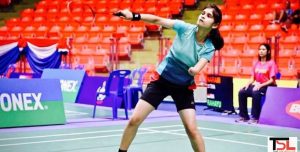 Palak recently became the only female badminton athlete from India to be able to qualify for both the singles as well as women’s doubles discipline for Tokyo Paralympics 2020.

Before this Palak was on an unprecedented medal rush. She participated in the BWF Para-badminton Championship in Uganda in 2019.

Here she won the silver medal in Women’s Singles SU5 and backed that up with a gold in women’s doubles discipline.

In the same year, she also won the bronze medal in the International Series held in Japan.

Palak’s confidence rose leaps and bounds by virtue of such a successful year in terms of her sporting achievements.

Also Read: What are the Different Types of Disability Categories in Paralympics?

After this, there was no looking back as she went on to win the silver medal in the BWF Para-Badminton International held in 2020 in Peru.

Palak backed these medals with another slew of hardware as she participated in the BWF Para-Badminton Tournament 2021 in Dubai, UAE. Here she bagged the silver medal in Women’s Singles and a bronze each in women’s doubles and mixed doubles.

She also represented India at the Tokyo 2020 Paralympic Games in Tokyo, Japan. She couldn’t perform according to the expectations as she lost in the quarterfinals of her women’s singles event.

She also paired with Pramod Bhagat for the mixed doubles. The Indian pair finished at the fourth position as they lost their bronze medal match.