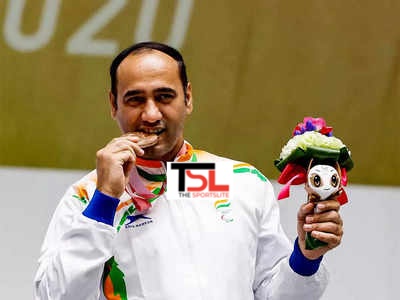 Indian para shooter Singhraj Adhana won the bronze medal in the men’s 10m Air Pistol SH1 event. He finished with a total of 216.8 points in the final in Tokyo.

The favorite for this event apart from the Chinese was Manish Narwal who had topped the qualification round. But he finished in the seventh position with a total of 135.8 points, making him disappointed.

In the initial part of the final Singraj was leading the pack of shooters but a 9 in his fifth shot let him down. After this, he was taken over by his Chinese competitor Chao Yang. 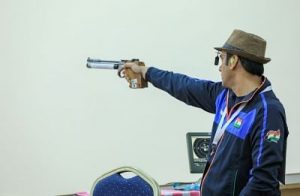 After this in the subsequent shots, Singhraj seemed to have lost a bit of focus. But then he regained himself and shot a commendable 10.7 to remain in the hunt for the medals.

Even in the elimination stage, Singhraj held his own as he stayed in second place.

On the other hand, his much-fancied compatriot Manish Narwal was clearly struggling to find the form which took him to the top of the qualification rouns. This lead to an early exit of Manish. 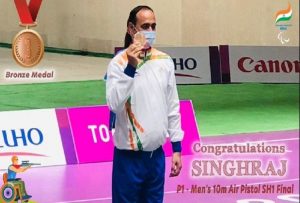 There was a point when Only four shooters left in the field with Singraj on the fourth spot itself. Singhraj couldn’t control the shot well and thus, could only manage a 9.1.

To his pleasant surprise, his Chinese opponent for the elimination Lou Xiaolong managed an even poorer shot to assure a medal for the Indian.

At the end of the event, Chao Yang of China won the Gold Medal with a Paralympic record effort of 237.9. While the silver was bagged by his compatriot Xing Huang who ended just 0.4 points behind the gold medalist.