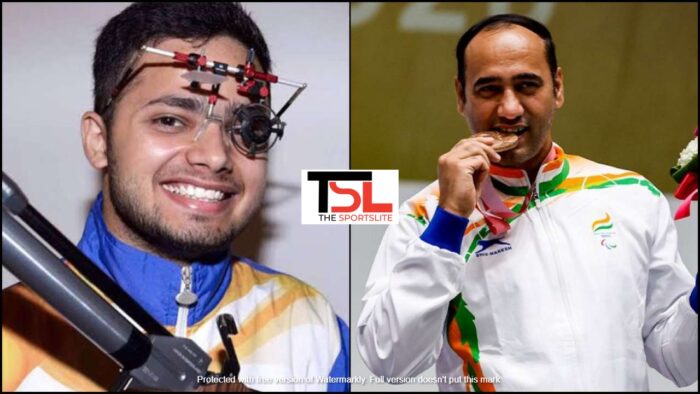 Manish came out all guns blazing into the event and won India’s third gold medal at the Tokyo Paralympics.

On his way to the yellow metal, Narwal also smashed the Paralympic record as he managed a total of 218.2.

Singhraj Adhana added a silver medal to his kitty with a creditable effort of 216.7. In the end, only Manish and Singhraj left in the fray for the gold where the 19 years old Narwal came out trumps. The bronze medal was won by SergeyMalyshev of the Russian Paralympic Committee.

Both the Indians overwhelmingly dominated the rest of the field. This is quite evident by the fact that there’s an almost 10 point chasm between the Singhraj and the RPC athlete.

Adhana had earlier won a bronze medal in the P1 men’s 10m air pistol SH1 event. Therefore, he became the second Indian after Avani Lekhara to win two Paralympic medals at one edition of the games. 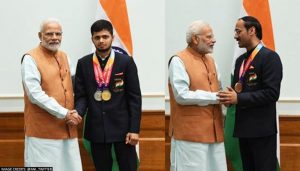 Earlier during the qualification, Adhana recorded a total of 536 points and ended up in the fourth position. Whereas, Manish finished on the seventh rung with a 533.

In the SH1 category athletes usually have an impairment affecting one arm or leg. In this event, the pistol helds in one hand only.

This is one of the most competitive categories in the para shooting circuit.