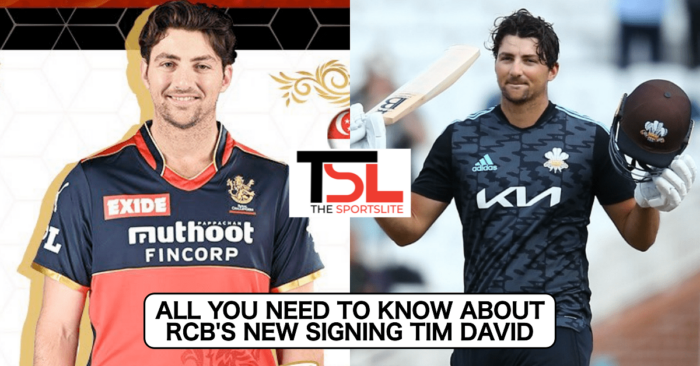 Everybody is hoping for a stellar career when it comes to the very first Singapore player who will be featuring in the IPL wearing the red and black of Royal Challengers Bangalore, his name is Tim David.

The Indian Premier League has done wonders for the emerging players, not only for the players in India but all around the globe. The prime examples are Afghanistan’s mystery leggie Rashid Khan, all-rounder Mohammad Nabi and Mujeeb Ur Rahman. All the three have had a stellar career, not only in IPL but also for their National side and T-20 tournaments across different countries.

Who is Tim David? 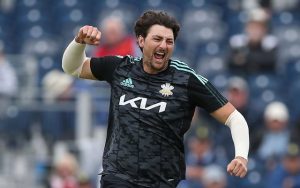 Tim David was born on 16th March 1996 in Singapore. His father had been part of the Singapore squad for the 1997 ICC Trophy. Due to the financial crisis, his family had to move to Australia when he was just 2 years old.

The sporting ecosystem in Australia didn’t take much time to have its influence on young Tim. He was attracted to cricket and in the next few months, he became a talking point among the various leagues.

The 19-year-old Tim participated in the Northeast Premier League in England. This tall lad utilized his hard-hitting abilities and scored 963 runs at an average of 53.50. He was the highest run-scorer in that year.

Tim David performance in Australia U-23 and Big Bash League 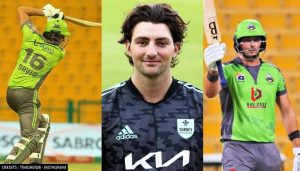 The stress fracture didn’t help him as he was dropped from the next season of BBL. He would have been disappointed for sure, but he didn’t know the next opportunity was just around the corner. He moved to Singapore around April. You would not believe it, but he made his International debut for the country in which he was born, Singapore. The day was 9 July 2019 and the tournament was ICC Men’s T20 World Cup Asia Region Final. He smashed 43 balls 77 against Nepal. Since his debut, he has become an important part of Singapore’s national squad. In the ACC Eastern Region T20 tournament, he stormed Malaysia by scoring 92 runs in mere balls.

The performance in the National colors helped him to wear Hobart’s Hurricanes jersey in the 2020-21 season. He announced his return in his style as he scored 58 from 33 balls. Over this season, his journey from a rookie player to a marquee one is fascinating. He smashed 279 runs in 14 matches at a strike rate of 153.30 and 31 runs on the average per game.

Consistency in PSL and Domestic cricket in England

He continued his hard-hitting form in the Pakistan Super League as well for Lahore Qalandars. The 2021 PSL has seen him playing for 6 occasions and across those six matches, he has scored 180 runs at 45 with a strike rate of 166.67.

The one thing which makes him taller than others (not the fact that he is 6ft 5) is his consistency. Keeping consistency is quite difficult in T-20 format and he has mastered that art. He was selected for the Royal London Cup in England which is a 50-over format. Despite the longer format, he kept batting like a shorter one. In this tournament, his strike rate was 150.44. Astoundingly, he has scored 340 runs at this massive strike rate with a massive average of 68 in eight innings.

The First from his country in IPL

Many players have made themselves unavailable for the resumption of IPL in the UAE. RCB has been lured by Tim’s brilliance across the formats, across the countries, and across the tournaments. He will be part of RCB’s squad for the remaining IPL which makes him the first Singapore player to play in IPL.

Tim is also a handy part-time off-break bowler. He has 5, 7, and 5 wickets in T-20Is, List A, and T-20 respectively. The 7 wickets in List A include his best figures of 3/26 which also happens to be best across the other two formats as well.

We hope he would have a prolific IPL career and IPL lovers would find another fascinating story to advertise this world-class league.

Thanks for reading this article.