The SportsLiteSports at just one click!
HomeCricketWashington Sundar Net Worth, Salary, Endorsements, Cars, House
CricketNet Worth 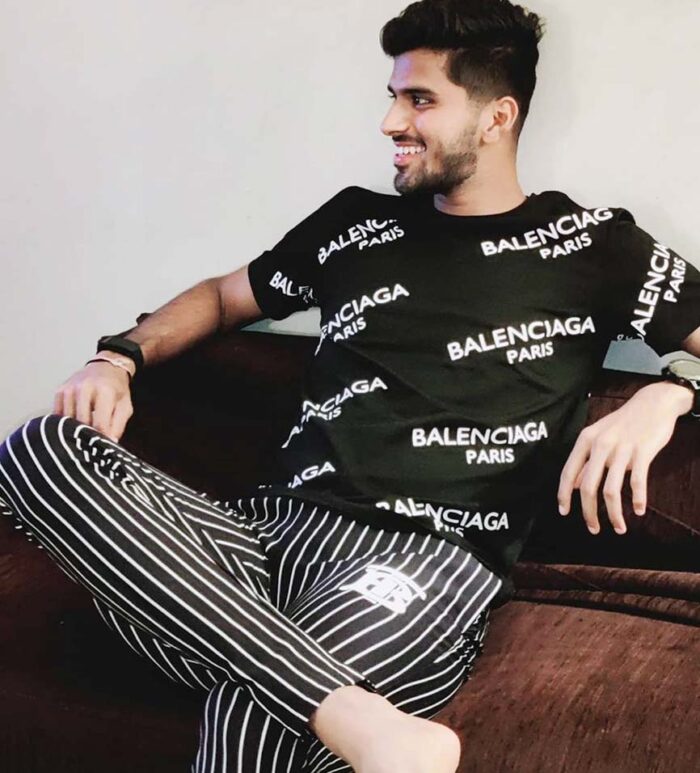 Washington Sundar is one of the most promising up-and-comers from the batch of talented cricketers in recent memory. He has made quite an impact in international and franchise cricket at the tender age of 22. More than the wickets, it was his ability to contain that caught the eyes of the observer. Making his international debut at the age of 17, Sundar has represented India across all three formats and has made quite a name for himself. Over the years, his on-field exploits have added a significant sum to his personal property. The following article provides an insightful look at the financial standing and the net worth of Washington Sundar.

Provided that the facts mentioned below are astute, the net worth of Washington Sundar is estimated to be up to INR 10 crore as of late 2021. A major chunk of his net worth comprises his earnings from BCCI as an active cricket player. It also includes the salary he receives from Tamil Nadu Cricket Association for his cricketing commitments for the side in the Indian domestic circuit. The 22-year-old also features in several brand promotional campaigns along with his Bangalore teammates during the IPL.

Washington Sundar is a part of the Grade C cricketers as announced by the BCCI in 2021. As per the terms of the contract, the 22-year-old is guaranteed an amount of INR 1 Crores every year. However, this does not include the match fees he is paid for representing his country after every match. Sundar has also been an integral part of RCB’s bowling as he’s been representing them since 2018. The finger-spinner was purchased by the Bengaluru-based franchise for a whopping INR 3.20 Crores during the 2018 mega auctions.

Washington Sundar is one of the fastest rising stars in the world of cricket which is evident of the fact that he’s grown leaps and bounds in the endorsement sector. He also has become one of the most marketable young faces in the country as brands aren’t missing out on banking on the ever-so-rising popularity of Sundar. The 22-year-old cricketer has bagged two deals with global sports brand Puma and electronics firm Anker Innovation this week. Backed by sports management firm Whiteleaf Talent, Sundar is also in talks with three other brands for endorsement deals. It is estimated that Sundar earns a 6-figure sum through endorsing these brands.

Washington Sundar was one of the heroes behind India’s triumphant win at the Gabba early this year which helped the Men-in-Blues lift the infamous Border-Gavaskar Trophy. As a result of his tremendous performances, he was gifted a Mahindra Thar by the CEO of Mahindra, Mr. Anand Mahindra. In addition to this, the Southpaw also owns some of the finest luxury cars the world of automobiles has on offer.

Washington Sundar resides with his family in his lavish apartment complex in the metropolitan city of Chennai, at the heart of Tamil Nadu. His luxurious residence is equipped with all the modern amenities the world has on offer. In addition to this, Washi also owns multiple real-estate properties across the country.