The SportsLiteSports at just one click!
HomeCricketHanuma Vihari Net Worth, Salary, Endorsements, Cars, House 2021
CricketNet Worth 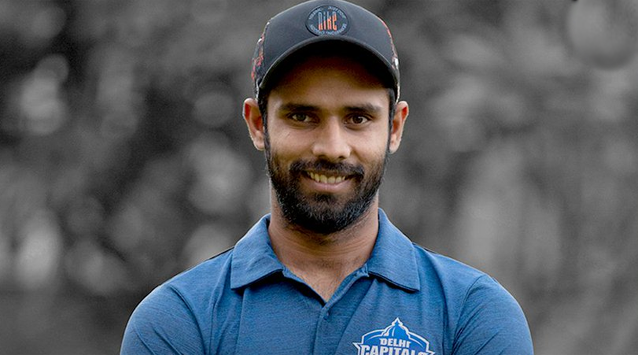 Part of the U19 World Cup-winning Indian side of 2012, Hanuma Vihari’s solidity as a batsman was a well-documented fact, right from his childhood days. Acknowledged as a cricketer’s cricketer, Vihari is one of the most technically sound batters in India. Over the years, he continued to up his game in First-class cricket, and with his average hovering around the 60s, a national call-up was inevitable. Vihari finally received his India cap during the Test tour of England in 2018 and he grabbed the opportunity with both hands, not letting it slip by. Over the years, Vihari’s on-field exploits have enriched his personal property. The following article provides an insightful look at the financial standing and the net worth of Hanuma Vihari.

Provided the following facts are astute, the net worth of Hanuma Vihari is estimated to be around INR 10 crores as of late 2021. His net worth comprises the income he receives from the Board of Control for Cricket in India (BCCI) as an active Indian cricket player. It also constitutes the salary he receives from Andhra Cricket Association for playing domestic cricket for Andhra Pradesh.

Hanuma Vihari is a part of the Grade C cricketers as announced by the BCCI in 2021. As per the terms of the contract, the 28-year-old is guaranteed an amount of INR 3 Crores every year. However, this does not include the match fees he is paid for representing his country after every match. After going unsold in the IPL Auction in 2021, Hanuma Vihari joined the English County Side Warwickshire for a season with the red ball. He signed the dotted line in early 2021 for an undisclosed sum of money, although given his stature in world cricket, it can be estimated that he earns a minimum of 6-figures as salary from the club.

Hanuma is one of the most respected cricketers in the Indian contingent. As a result of this, some of the most popular brands have roped him in as an endorser. Hanuma Vihari earns through an endorsement deal with Daniel Wellington, a Sweden-based watch brand. In addition to this, he also has endorsement deals with bat-manufacturing companies namely SS and Ton. In conclusion, the 28-year-old earns approximately 6-digit-figures through endorsing brands.

In the wake of the World Test Championship Finals at Southampton in June, Hanuma Vihari hit the headlines due to his charity work. When the second wave of the covid pandemic hit India, a lot of people were diagnosed with the deadly disease. One such person was the head priest of the Laxmi Ganapathi Temple at Kushaiguda, Mr. Kiran Kumar. Vihari revealed that the priest’s family was struggling to pay the medical bills and it was then that Hanuma stepped in with his generosity. The then 27-year-old started a fundraiser for Mr. Kumar and contributed a significant sum of money for his treatment. As expected, his deeds were received well by the general public which boosted Vihari’s positive image. In addition to this, Vihari also founded the Hanuma Vihari foundation in late 2021 which caters to providing scholarships to promising athletes.

Vihari resides with his family in a glorious apartment complex in the posh area of Hyderabad, Telangana. The house is equipped with all the modern amenities of a modern-day infrastructure. In addition to this, Hanuma Vihari also owns multiple real estate properties across the country.

Hanuma Vihari does not believe in buying expensive cars, something which is “trending” these days. Due to his humble beginnings, Hanuma believes in living a minimalistic life. As a result of which, the prolific right-handed batter isn’t seen driving around in a fancy car. Some of the cars owned by Vihari are an SUV and a Hyundai.