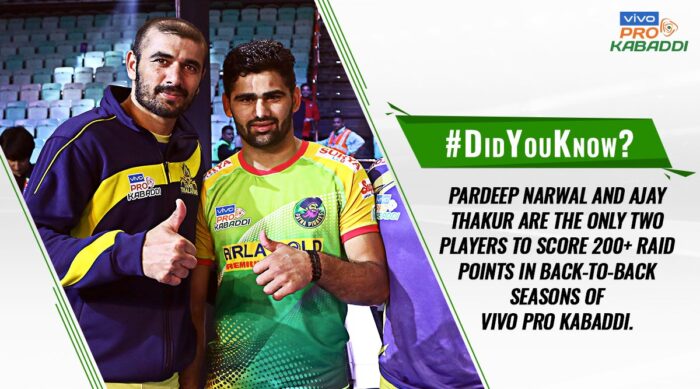 The Pro kabaddi has helped India to find many top raiders from all around the country and has given a wide range of players to select for the national camps. In this article, we will discuss the Top Five best Raiders In Pro Kabaddi League:

Have a look at the best RAIDERS in Pro Kabaddi League:

The two times Asian games medalist and the former Indian Team captain. He started his career by getting inspired by his cousin Rakesh who has also represented India at the national level. He was also The Man Of The Tournament In the Kabaddi World Cup held in 2016 and makes it at five on our list with an average of 6.86 points per match making it to a total of 790 points in 115 encounters.

Also Read: Top Five Players with all-time Most Assists in Serie A

After becoming the second highest bid of the opening season, this young talent from Haryana continued to impress the viewers with his performance every year. Deepak also won the Gold medal with the national team after making his first appearance in the camp in the 2016 South Asian Games. He averages 6.95 points per match with a total of 856 points in his total 123 matches.

Anup Kumar the former star captain popularly known for his toe touches is also two times Asian Games gold medalist. He has also been awarded Arjuna Award by the Government Of India. He started his PKL career with U Mumba and made it to the finals in the debut season. Known for his cool captaincy Anup Kumar has 527 points in just 91 games.

One of the most consistent players in the Pro Kabaddi League who initially started as a defender but later turned out as one of the best raiders of the world. He was also acknowledged as the best raider of season 4 with 146 raid points. This 6ft tall guy makes it second on the list with over 1000 points in total with 955 raid points.

Making his debut in the second season Pardeep Narwal has been the most successful raider in the Pro Kabaddi League. He also scored consecutive super 10s against each team in season after his dream line was stopped by the Telugu Titans. He led his team to three consecutive titles and stands at the top of the list with 1160 raid points in just 107 PKL appearances.