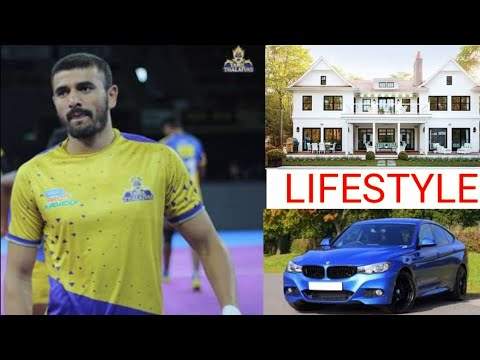 Ajay Thakur is an Indian professional Kabaddi player and the former captain of the Indian National Kabaddi Team. Ajay is a member of the Himachal Pradesh Police Service cadre. Apart from being the kabaddi player, he is also a Deputy Superintendent of Police. Read further to know more about Ajay Thakur net worth, etc.

Check out also: Pardeep Narwal Net Worth, Salary, And Everything You Need To Know

Thakur is one of the best Indian raiders and therefore is called the King Of Kabaddi. He debuted in Pro Kabaddi League in the year 2014. He was the captain of the Indian Team in the year 2017. However, Ajay played for Bengaluru Bulls in Pro Kabaddi League season 1 and season 2. Similarly, in season 3, he played for Puneri Paltan and scored 63 raid points with 1 tackle point during 14 matches. Thakur has been a part of Tamil Thalaivas for the rest of three seasons.

The primary income source is Kabaddi. In addition to kabaddi, he also earns from his job as DSP. The estimated net worth of the king ranges between INR 12 to 15 crores.

Ajay Thakur Salary and Other incomes

Also get to know: PKL Rules: What Are The Different Rules And Regulations Of The Pro Kabaddi League