The SportsLiteSports at just one click!
HomeCricketICC T20 World Cup 2021 India Vs Afghanistan- Man Of The Match...
Cricket 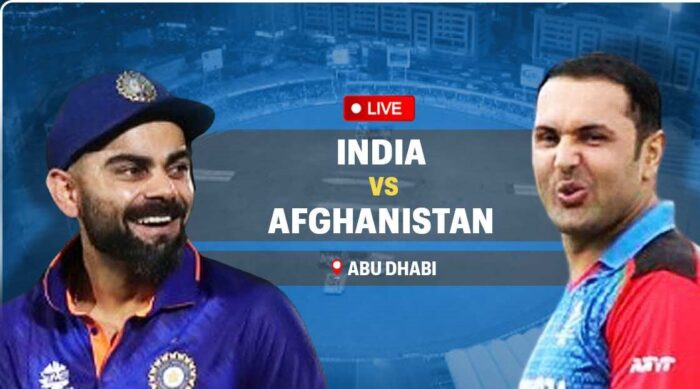 And its once again a must win game for India as it is India vs Afghanistan today. If India lose today match, they are officially out of this World Cup. They came here after two successive defeats. Indian fans have so much expectations from the team. We will also see who won Man of the Match in India vs Afghanistan match today.

And once again, Virat Kohli lose the toss and Afghanistan opted to field first and India once again will bat first. But this time Indian openers Rohit Sharma and KL Rahul showed intent from the starting as they punished the Afghani bowlers and play attacking cricket. After the end of powerplay, India managed to score 53 runs without the loss of any wicket. And they are in for a big total. Then both Rohit Sharma and KL Rahul brought up their fifties. And the partnership for the first wicket was 140 runs, it was the biggest partnership for India in T20 World Cups. All the batsmen attacked the bowlers. And the final touches were given by Rishabh Pant and Hardik Pandya who played brilliant fiery innings. And India finish at 210-2. This is the highest total in T20 World Cup 2021.

Coming to chase a mammoth target, Afghanistan lose couple of wickets in the powerplay but also scored 47 runs. And in the middle overs, the experienced spin duo of Ravichandran Ashwin and Ravindra Jadeja, bowled brilliantly and put Afghanistan on the backfoot. In the end Mohammad Nabi and Karim Janat played brilliantly but that wasn’t enough for a big target. And India have won this match by 66 runs.

Also Read: List of all MS Dhoni half centuries in T20Is

Who won Man of the Match in India vs Afghanistan match?

Rohit Sharma, for his brilliant and attacking innings, was adjudged as the Man of the Match in this India vs Afghanistan match. He played a brilliant innings at the top and scored 74 runs of 47 balls. He played shots all over the ground. And the other thing, he was not in good form in the last 2 matches, but what a way to come back in form this from Rohit Sharma.

And this is the end of this brilliant game. This is the India we all knew from past. This Indian team make comebacks when everyone out there doubted them and they have showed this thing for quite a while now. The biggest positives are the intent which the Indian players had while playing. Also what a brilliant performance by Ravichandran Ashwin on his return to white ball cricket.