Rohit Sharma completes 3000 runs in T20 International, became only 3rd player to do so. 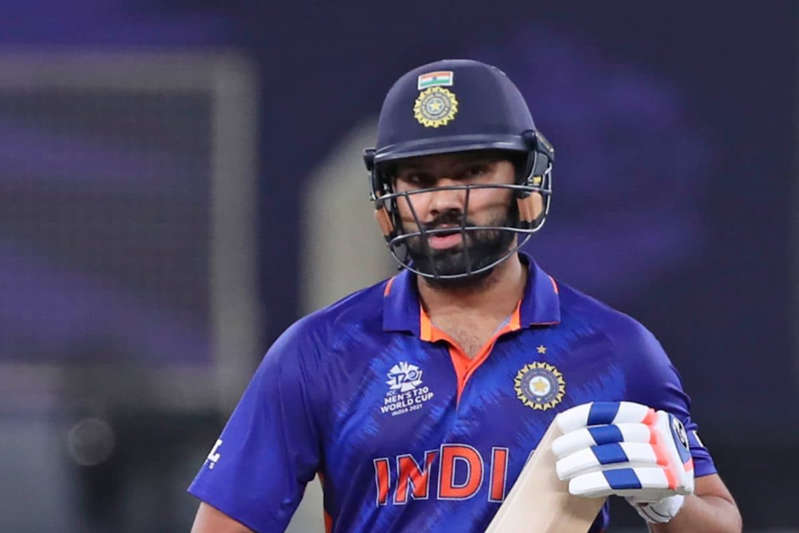 India is playing their last match of ICC T20 World Cup 2020 today. This campaign might not be in favor of India as it is the first time after 2012 that India doesn’t qualify for the knockouts of ICC events. India is playing against Namibia today. This match doesn’t affect this event as the 4 teams are already qualified for Semifinals, and obviously India is not a part of them. But, today Rohit Sharma added another feather to its illustrious cap as Rohit Sharma completed 3000 runs in T20 International, became only 3rd player to do so during the ongoing match between India and Namibia.

Rohit needed 20 runs before India’s final match of the ICC T20 World Cup to get to the landmark where he reached in the 3rd over of his team’s run chase. The Hitman got there with his third boundary which was hit straight down the ground against Ruben Trumpelmann. Rohit Sharma is the second Indian after Virat Kohli to enter the 3k club. New Zealand opener Martin Guptill is splitting the two teammates.

India are chasing 133 for victory in their final Super 12 game after Namibia posted 132 for 8 in 20 overs. Indian bowlers spun a web around the Namibians with Ravindra Jadeja and Ravichandran Ashwin both grabbing 3 wickets each while Jasprit Bumrah struck twice to keep the opposition to a par score in Dubai.

Rohit Sharma stats in T20Is before this match:

India’s campaign will end tonight after they crashed out of the race for the semifinals following New Zealand’s victory over Afghanistan on Sunday. Pakistan and the Blackcaps are the two teams which advanced from Group 2.

India lost their first two matches by big margins against Pakistan (10 wickets) and New Zealand (8 wickets) which majorly contributed towards the Men in Blue crashing out in the group stage of a T20 World Cup for the first time since the 2012 edition.

Rohit Sharma always remain one of the most important player for India, not only in T20Is but in each format. And today Rohit Sharma completed 3000 runs in T20Is.