The SportsLiteSports at just one click!
HomeCricketIndia squad for New Zealand Tests out.
Cricket 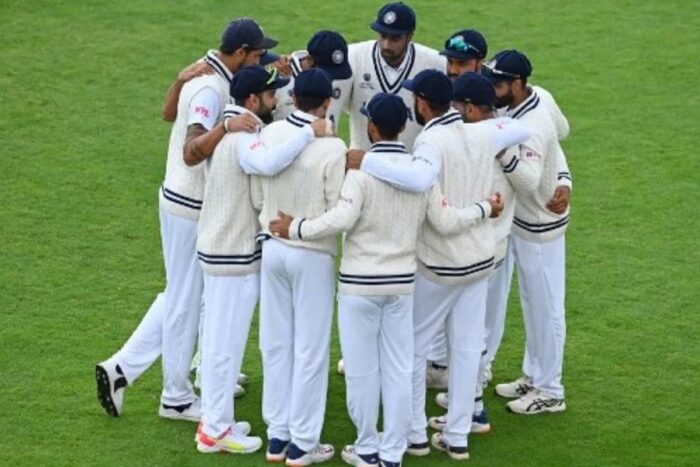 The Board of Control for Cricket in India (BCCI) on Friday announced 16-man squad for the upcoming 2-match Test series against New Zealand. The series will commence after the conclusion of the three T20Is. The first Test will begin on November 25 at Green Park, Kanpur. The New Zealand tour of India will conclude after the 2nd and the final Test, that will be played at the iconic Wankhede Stadium in Mumbai from December 3. Lets analyze India squad for New Zealand Tests.

India will be without Virat Kohli, Rohit Sharma, Rishabh Pant, Jasprit Bumrah and Mohammed Shami when they take the field for the first Test against New Zealand in Kanpur from November 25 to 29. All five have presumably been rested, though the BCCI release gave no reasons for their exclusion.

Kohli, however, will return for the second Test in Mumbai. Kohli will lead in second Test which will be played from December 3-7. Ajinkya Rahane will captain India in Kanpur, with Cheteshwar Pujara named his deputy.

It is expected that KL Rahul will open the batting with Mayank Agarwal in Rohit’s absence, while Kohli’s middle-order slot in the first Test could be contested between Shubman Gill and the uncapped Shreyas Iyer, who has been part of the red-ball squad in the past but is yet to make his Test debut.

Suryakumar Yadav, Prithvi Shaw, Hanuma Vihari and Abhimanyu Easwaran, who were all part of the subsequent Test series, against England, have been left out from the 16-member list, along with Shardul Thakur, who will be out of action from the preceding T20Is as well. Hanuma Vihari, who was understood to be next in line for a middle-order berth, has been left out of the squad. Vihari’s last involvement in a Test match was to help save the Sydney Test in January while batting through injury.

With Pant absent, the experienced Wriddhiman Saha is in line to play his first Test since India’s defeat in Adelaide in December 2020. The Andhra wicketkeeper-batter KS Bharat, however, is also part of the squad. Bharat has a solid first-class record behind him: 4283 runs from 78 matches at the average of 37.24. More recently, he enjoyed a breakthrough season in the IPL with Royal Challengers Bangalore, batting mostly at No. 3 and scoring 191 runs at a strike rate of 122.43,.

The uncapped Prasidh Krishna – who was a late addition to the Test squad in England recently, having initially been part of the tour as a reserve player – joins Ishant Sharma, Umesh Yadav and Mohammed Siraj in the pace attack.

R Ashwin and Ravindra Jadeja will lead the spin attack as usual, with Axar Patel – who made an outstanding debut during the home series against England earlier this year – and the offspinning allrounder Jayant Yadav in support. Jayant has played four Tests so far – all during the 2016-17 home season. His return covers for the absence of Washington Sundar. He is yet to fully recover from a finger injury sustained in July, during the England tour.