5 Best Indian Captains of all time 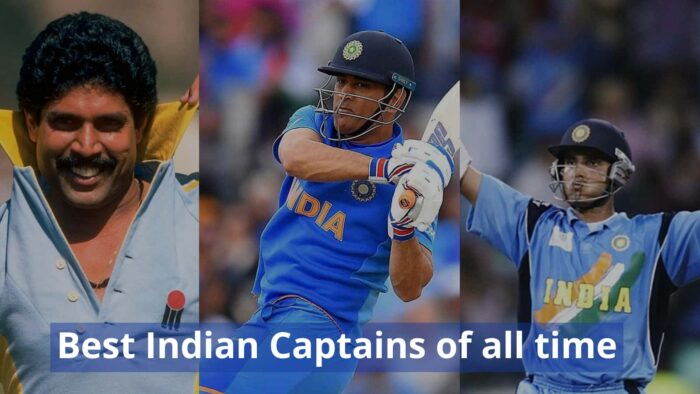 There is an old African saying that quotes “An army of sheep led by a lion can defeat an army of lions led by a sheep”. This sums it all to how paramount it is being the captain of a team. Being a leader is a great responsibility that requires pronounced skills, grit, determination, and tactical acumen. The man who leads the troop, plans for the victories, comes forward for the losses and encourages the team to give it their all. Every Indian cricket captain carries with him the burden of expectations of the whole nation. They are the most in the limelight and accountable for every situation. A strong captain builds a strong and confident team. He possesses some of the greatest skills that helps the team parade through the path of victory. Here we will look at top five best Indian captains of all time.

Mansur Ali Khan Pataudi was an epitome of perseverance. Though he lost an eye in a car crash, he managed to find his name among the top five best Indian captains of all time. At the time when he took over the captaincy charge, he was Test cricket‘s youngest captain at the age of 21. An accomplished batsman and an inspiring leader, he was fondly called ‘Tiger’. Cricket came to him as part of a remarkable legacy. He followed the footsteps of his father, Iftikhar Ali Khan Pataudi, who represented both India and England in cricket. As the youngest Indian captain, he made a smart decision to concentrate on the spin when he identified that India did not possess skilled fast bowling resources. Tiger Pataudi finished his captaincy after 40 tests and made India claim their maiden victory on foreign soil as they defeated New Zealand by 3-1.

Former Team India captain and current BCCI President Sourav Ganguly has been instrumental in taking Team India to the heights as a captain. In the year 2003, Ganguly led Team India to the final of the World Cup. This was at that time when the shadow of match-fixing was hovering over Team India. Despite this, Team India reached the big stage under Ganguly’s captaincy. Ganguly, affectionately known as Dada, had taken many such decisions under his captaincy, which changed the face of Team India.

During his stint as captain, Ganguly expressed confidence in players like Yuvraj Singh, Mohammad Kaif, Harbhajan Singh, Sehwag and Irfan Pathan. Living up to the expectations of Ganguly, these players gave a new direction to Indian cricket. He is rightly considered amongst the most successful captains in India in the history of cricket. He cemented the close bond in the cricket team. His contributions in shaping and building the strong core were phenomenal. Dada always led his team on the pitch with confidence and is inarguably one of the best Indian captain of all time.

Virat Kohli is no stranger to any Indian, whether or not a cricket fan. The former all-format and current Indian Test captain is regarded as one of the best contemporary cricketer. Before taking over captaincy of the national team, he led the Under-19 World Cup and spearheaded their victory in Malaysia in 2008. He was granted Test captainship in January 2015, midst the Australian tour. Team India’s performance improved drastically in Test cricket under captain Kohli. He completely revolutionized the Indian pace bowling attack. He endorsed the five bowlers theory and now, India has one of the most lethal pace attack in world.

Virat leads the team by an example. With quick footwork, his ability to pace an inning is unparalleled. Kohli has led Team India to the finals of Champions Trophy, semifinals of 2019 World Cup and finals of the first ever World Test Championship.

How can a list of best Indian captains of all time end without the legendary Kapil Dev? India’s first-ever victory in World Cup 1983 was beyond wildest dreams and speaks volumes about the greatness of Kapil Dev. When he began his journey as a captain, it was the time when the West Indies dominated the World cricket. Kapil Dev led his team to victory in the first ODI series as a captain. This victory proved to be a boost of confidence for the Indian team to face the West Indies in the final. Kapil’s devils were absolutely unstoppable throughout their WC campaign. Fondly, referred to as Haryana Hurricane, he showcased outstanding game skills and ensured that India remains on the winning side.

Kapil Dev led the team from the front on most occasions and single-handedly paved way for generations to dream. Dream of glory. Dream of being World Champions. He further guided the team to a series win over England in 1986. Kapil Dev, as a captain, owns a strong success record and made the Indian team reach great heights.

Captain par excellence, MS Dhoni has always shown determination and grit in times of tricky situations. His calm and composed attitude on the field makes him a great leader and also tops the list of best Indian captains of all time. Captain cool has three ICC trophies under his belt. Under his leadership, the Indian team won the inaugural ICC World Twenty20 in 2007 in South Africa. As Test captain, he led the team to victory in Border-Gavaskar trophy. Under his guidance and leadership team India rose to the paramount in the ICC Test rankings. He also led the team to win the 2011 ICC Cricket World Cup, after 28 long years. He led by an example and was adjudged player of the match in the final of 2011 WC.

Mahi achieved anything and everything that as captain. Moreover, legends like Sourav Ganguly and Sachin Tendulkar have always appreciated MS Dhoni and his skills as a captain.

India has produced numerous world class leaders. In fact, everyone who has represented India has something that sets them apart from the lot. Selecting five such captains is no disregard to others. Since there is no fixed criteria, this list may vary for every other person. No offence is intended to any cricket fan and supporter.