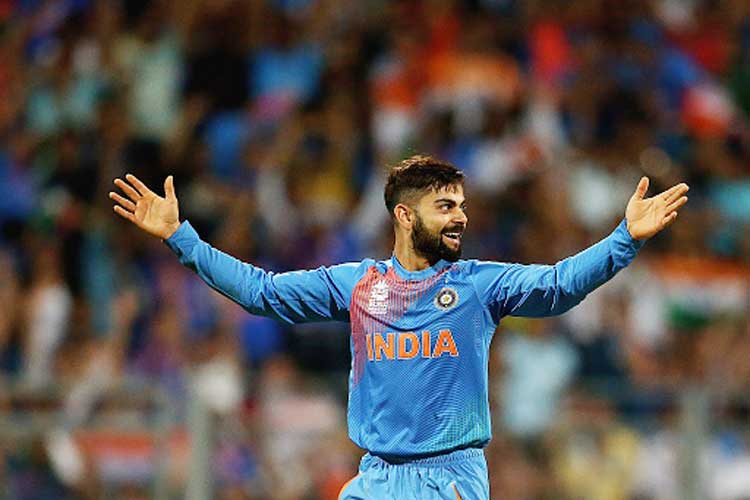 In the rapidly modernizing world of cricket, boundaries play a quintessential role in the T20 format. They are the bridging gap between singles and doubles and risky lofted shots over the boundary line. Over the years, it has been deduced that the more the number of boundaries you score in the innings, the greater the chances are that you will end up with the winner’s share of the purse. With that being said and the T20 World Cup just around the corner, here is a special look at the top 5 players to hit the most fours in the T20 World Cup.

Top 5 players to hit the most fours in the T20 World Cup:

Known for his over-the-top aggressive style of batting, former New Zealand opener Brendon McCullum is at number 5 in the list. Baz has an impressive record of 67 fours to his name in the 25 matches he’s been a part of in the T20 World Cup. One of the players to have revolutionized the attacking brand of cricket, McCullum remains to be the only player from the SENA countries on this list.

Indian skipper Virat Kohli is the perfect example of how you don’t have to be constantly reliant on flashy shots and be overly powerful to hit huge sixes in the format so long as you stick to the basics. His T20 International records speak for himself as despite being a part of only three editions of the T20 World Cup and playing just 16 games, Virat has 73 boundaries to his name with an un-Godly batting average of 86. Walking into the tournament as India’s captain for the first time, Virat has the opportunity to cross the 100-boundary mark and become the first Indian to do so.

Well, it wouldn’t come as a surprise to see Chris Gayle feature on this list. A bonafide legend of the T20 format, Chris Gayle has about 75 fours to his name. His raw power and effortless strokes make him stand out from the rest. Still going strong at 42, the Caribbean has a chance to add more glory to his legacy when he steps foot on the ground for the Windies.

Having played the most number of games among everyone on this list, it would almost be a certainty that former Sri Lankan opener Tillakaratne Dilshan would have a significant role to play in this list. In the 35 matches, he’s represented his country, Dilshan has a scintillating 101 boundaries to his name. The 2021 T20 World Cup will mark the first T20i event to not feature the inventor of the “Dil-Scoop“. It would be exciting to see if Chris Gayle or Virat Kohli are able to dethrone him from the no. 2 spot.

An underrated legend of the T20 World Cup, Mahela Jayawardena is leaps and bounds ahead of everyone apart from his former Sri Lankan teammate, Dilshan. Having played 31 games in the tournament thus far, Mahela holds the record for the most runs scored by a batsman (1016) and the most boundaries hit in the T20 World Cup as well (111). Although this record being overtaken seems to be off the charts at the moment, but you can’t rule any possibilities out when it comes to cricket.

Also Read: List of Players with Most Appearances in Premier League

List of Players with Highest fours in T20 World Cup: