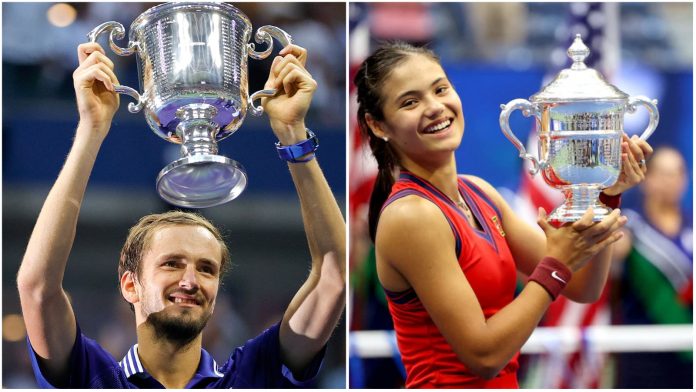 The most awaited season-end Grand Slam, the U.S Open is on the door this month. The U.S Open is scheduled from August 29 – September 11. All players will be competing for this calender’s last Major title. The 2021 U.S Open champion, Daniil Medvedev will be defending his trophy as World No one for the first time. Let us take a look at the US Open 2022: Prize Money and Total Purse Amount.

Australian Open this year declared $52 million purse whereas the other two, Wimbledon and French Open touched $49 million purse only.

Catch more: Dominic Thiem returns! Rafael Nadal and Novak Djokovic had something new to worry ahead of the US Open

The champion of this year’s U.S Open will receive prize money of $2.6 million (men and women each). Followed by, the runner-up will be awarded prize money of $1.3 million which is a pretty good rise from last year’s.

In all, every competitor will be rewarded much high prize money as compared to the 2021 U.S Open. Let us check the prize money for all:

Have a wonderful day ahead!