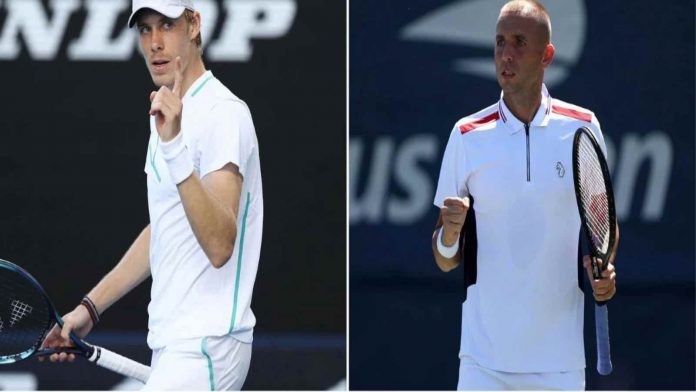 On Friday, Denis Shapovalov and Dan Evans will face off in the 2022 Erste Bank Open quarterfinals.

Shapovalov advanced to the second round, where he faced fourth seed Taylor Fritz, by defeating Jurij Rodionov in straight sets. Shapovalov ran off six straight games to claim the first set after Fritz held serve to open the match. The second set had greater rivalry. In the following game, he was able to serve out the set to tie the match and force a deciding. In the sixth game of the final set, Shapovalov gained the crucial break to take a 4-2. Soon later, the game was over, with the Canadian coming out on top 6-1, 4-6, 6-3.

Dan Evans won his first match in Vienna by defeating Oscar Otte. In the second round, Karen Khachanov was his opponent. Three service breaks in a row at the beginning of the match gave the Brit the advantage, who went up 2-1. With a hold of serve, he increased his advantage to 3-1. Once more, Khachanov maintained serve, but Evans then went on a three-game winning streak to take the opening set. The British player jumped out to a quick 5-1 lead in the second set and finished things off quickly to win 6-2, 6-2.

Shapovalov is down 2-1 to Evans in their previous meetings. At the ATP Cup in 2022, he defeated them in a straight-sets victory.

Although Evans has the game to challenge him and try his patience, Shapovalov will have the advantage since he is the better server. The British player is widely renowned for mixing up his shots to disrupt the rally’s rhythm. The outcome of this game might go either way, but the Canadian teenager appears to be playing better and is most likely to tip the balance in his favour.