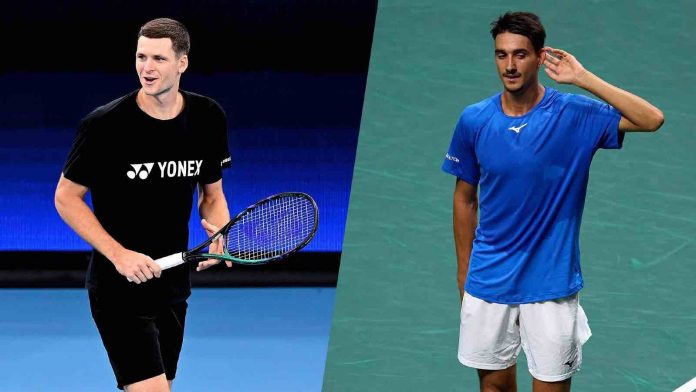 On Wednesday, Hubert Hurkacz and Lorenzo Sonego will face off in the second round of the 2023 Australian Open.

Pedro Martinez and Hurkacz squared off in the opening round. In the opening set, neither player faced a break point, but the Pole raised his game enough to win the tie-break and take the set. Hurkacz then gained control of the game, which made things simpler for him. In order to win the second set and increase his lead, he won the final four games in a row. In the third set, the 25-year-old saw minimal opposition and broke his opponent’s serve twice to win the match 7-6 (1), 6-2, 6-2.

Nuno Borges was Sonego’s opponent in the opening round. In the first set’s service games, neither player gave up any ground, forcing a tie-break. To win the set, the Italian emerged victorious in the contest. A serve break at the end of the second set enabled Sonego to win. In the third set, Borges had two set points but was unable to capitalise on either. Then, when he mounted a comeback to win the set, he averted a few match points in the tie-break. Sonego stopped Borges’ attempt to make a comeback. In the fourth set, the Italian got out to a quick 5-0 lead and went on to win 7-6 (4), 6-3, 6-7 (6), 6-1.

Hurkacz trails Sonego 3-1 in the all-time series. At the 2022 Moselle Open, he defeated them in straight sets.

Sonego has a better head-to-head record, which must be taken into account even if Hurkacz is higher ranked and in better physical condition. The Italian can rather well counter his game. Their most recent games have all been decided by the tiniest of margins. There weren’t many breaks of service, thus Sonego had a little advantage in that they had to outwit one another by playing lengthy rallies. It might be a close call, but if Hurkacz can servebot his way through this meeting, the Italian could have a hard time stopping him this time.

Prediction: Hurkacz to win in 5