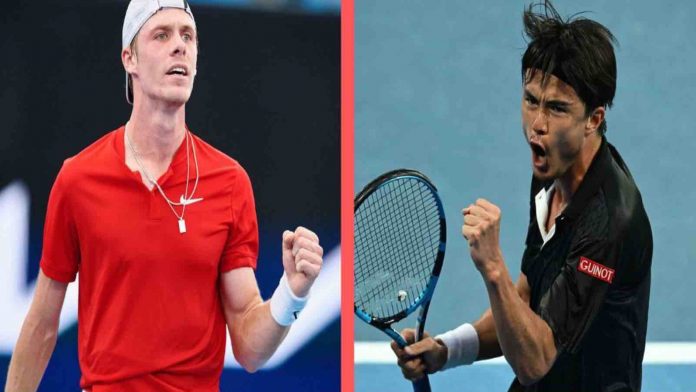 It almost came as a surprise that Shapovalov lost a set before moving on to the second round considering how much favoured he was going into his match against Dusan Lajovic in the first round. After the match was tied at one set apiece, the Canadian had a challenging scenario as he went down 3-1 in the third set. He had to win 11 of his next 13 games in order to win the set after falling down 3-1. The Adelaide International quarterfinalist will be pleased with his 52 victories and 16 aces, but he will also be worried about his 39 unforced mistakes, which came along with them.

The 94th-ranked player in the world triumphed 7-5, 6-2, 3-6, 6-3 to go to the Australian Open second round for the third time in his career. In fact, Daniel reached round three here last season with a best-ever rating that peaked at 64th.

Shapovalov has prevailed in both of their prior encounters, which took place in hardcourt contests. One of those two occurred in Dubai the previous year.

Daniel will need to display the type of play that stunned Novak Djokovic once in his career, during a match in the 2018 Indian Wells Open’s second round. Daniel will cause some difficulty for his Canadian rival and may possibly steal a set from him. Shapovalov shouldn’t have too many issues playing Daniel, though.

Prediction: Shapovalov to win in 4