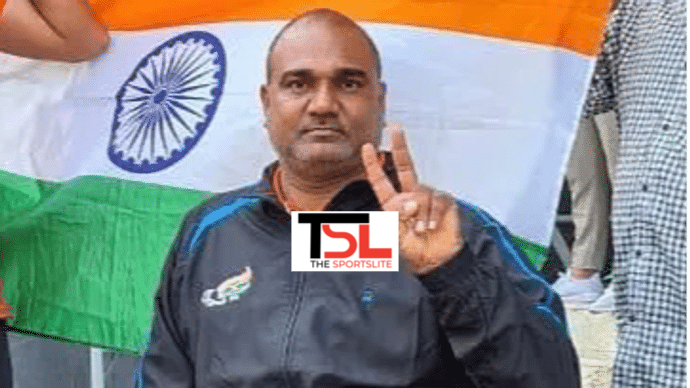 Who is Vinod Kumar?

Para-Athlete Vinod Kumar was born on 20th July 1980. He represents the country in Para – discus throw. He has represented India at a range of international events. Vinod competes in the men’s F52 category.

What is Vinod Kumar’s cause of injury?

Vinod suffered a spinal injury in the year 2002 due to which he got paralyzed below the waist. Before this, he had harboured the dream of representing India in major international events and win accolades for his country.

Vinod had a small grocery store in Rohtak, Haryana. He worked all day long but could earn only a meagre amount of money which was just about enough to keep his family afloat. 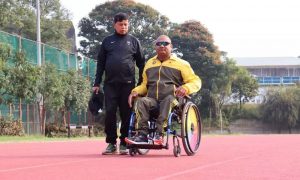 At one point Kumar decided to try his hand in para-sports but took a step back when he got to know the expenses involved.

All this changed when in the 2016 Rio Paralympics Deepa Malik won the silver medal. This gave a lot of hope and motivation to Vinod and he got inspired to overcome his physical shortcomings and pursue para discus throw.

Vinod was well acquainted with the archery coach Sanjay Sunhag who encouraged him to pursue para-sports. He also introduced Vinod to the athletics coach Amarjeet Singh. 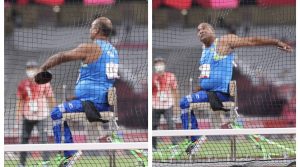 Kumar started training under the tutelage of Amarjeet Singh and went on to secure the bronze medal in the 2017 National Championships held in Jaipur, Rajasthan.

He repeated this feat in the 2018 edition of the competition. He came into notice due to his raw talent which required to be polished, to mould a world-class athlete out of Vinod Kumar.

After being classified in the category of F52, there was no looking back for Vinod. As he participated in the 2019 World Para Athletics Championships in Dubai finishing fourth.

He was agonizingly close to a podium finish but there was a solace for Vinod in store. Due to his stupendous performance, he secured a place in the 2020 Tokyo Paralympic Games.

At the games he finished fourth in his discus throw event. But after the event one of the participating nations raised a protest about Vinod’s eligibility for the event. Vinod’s bronze medal win was put on hold and was reviewed the next day.

After a review by the judges Vinod was deemed ineligible for the T52 event and he was stripped of his medal.