The SportsLiteSports at just one click!
HomeCricketIndia vs New Zealand 1st T20I- Man of the Match Award winner-...
Cricket 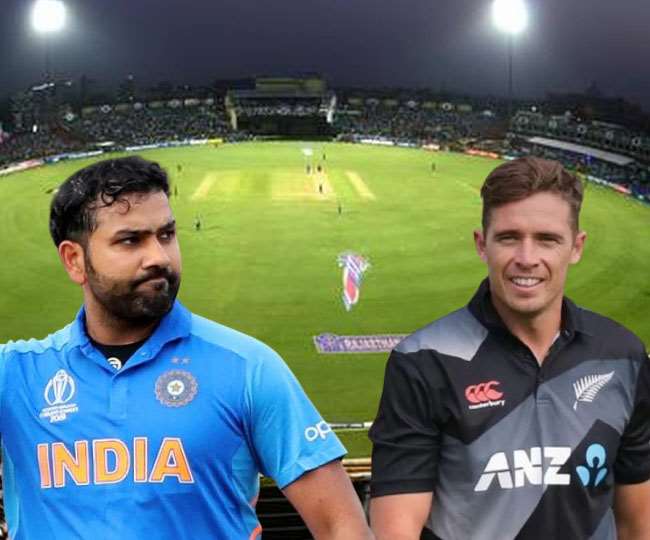 We are done with the World Cup now and it is India vs New Zealand T20I series now. There was a range of “first times” in Jaipur today, that will be hosting its first T20I. This is Rohit Sharma’s first assignment as India’s new full time T20I captain, with new head coach Rahul Dravid. Both want to get their respective journeys off to a positive start. We will also see who won Man of the Match in India vs New Zealand T20I match.

After winning the toss, Indian captain Rohit Sharma opted to field first. And Venkatesh Iyer, the find of second half of IPL is on his T20I debut. India started brilliantly with the ball as they have sent New Zealand opener Daryl Mitchell out for a golden duck with a brilliant inswinger from Bhuvaneshwar Kumar. But New Zealand revived the innings with a good stand between Guptill and Chapman, ending the powerplay with 41 on the board. And Chapman played a brilliant innings of 63 runs of 50 balls. From the other end, wickets kept falling, but Martin Guptill played an attacking innings of 70 runs of 42 balls.

And New Zealand were eying on a big total. But India have done well to pull things back in the death as New Zealand finished with 164. India will be happy with their finish as only 12 runs came from the last 2 overs.

Coming to bat, India have made a strong start and have raced away to 50 in the fifth over. Rohit was on fire. Rahul departs in the powerplay. And India scored 85 runs in the first 10 overs with the loss of only 1 wicket. And Rohit, once again, dismissed playing a pull shot of Trent Boult’s ball. Suryakumar Yadav played a brilliant innings of 62 runs of 40 balls. He batted really well today even after Rohit departing. And Rishabh Pant finished the game for India in the last over and India lead the series 1-0.

Who won Man of the Match in India vs New Zealand Match?

Suryakumar Yadav, for his brilliant innings, was adjudged as the Man of the Match in India vs New Zealand match. He played an outstanding innings of 62 runs of 40 balls which includes 6 fours and 3 sixes. He came at a time when Rohit was at the crease and Rohit was attacking the bowlers. But when Rohit got out, he managed to score the runs and started attacking the bowlers from the other end.

IND vs NZ 2nd T20I: Other Players who also deserved Man of the Match today.

Other players who could have been the potential contenders for Man of the Match in India vs New Zealand T20I match other than Suryakumar Yadav were:

And with this match, India lead the series 1-0. Rohit Sharma and Head Coach Rahul Dravid started off to a good start with winning their first match in their respective new roles.