The SportsLiteSports at just one click!
HomeCricketAustralia squad for Ashes 2021 out for first two tests
Cricket

Australia squad for Ashes 2021 out for first two tests 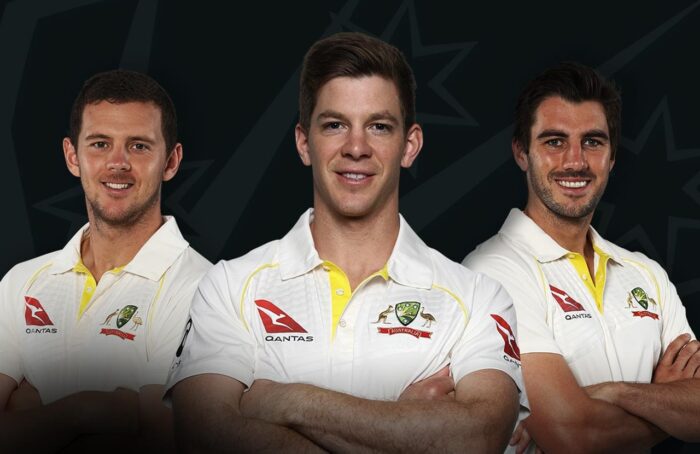 The Australia Ashes squad 2021 will witness Usman Khawaja and Jhye Richardson. Both are making their return to the Test team after a long interval. Usman Khawaja, last out in the red ball cricket was during Australia’s 2019 tour of England. The left-hander is likely to fight for a place in the middle order. The other option is Travis Head, which means Marcus Harris will open alongside David Warner.

According to Cricket Australia release skipper Tim Paine who has not played any cricket this season due to recent neck surgery, is expected to turn out in Premier Cricket in Hobart this week after which he will feature in a four-day second XI match for Tasmania against South Australia.

The names missing from the list are opener Will Pucovski (who recently suffered a concussion) and all-rounder Moises Henriques. He has been unavailable for the start of the New South Wales season due to quarantine after an IPL stint. Michael Neser retains his place in the Ashes race despite suffering a hamstring injury last week . Medical staff expecting that he will be fit to play during the internal practice sessions.

Australia has also named a further 11 players for a tour match against the England Lions, a list that includes former Test batters Matthew Renshaw and Nic Maddinson, along with rising stars Henry Hunt and Bryce Street.