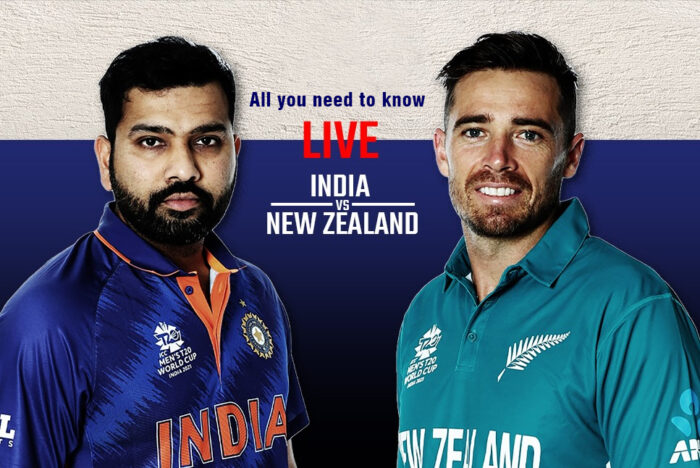 India and New Zealand are set to go head-to-head in the first of the three-game T20I series at the Sawai Mansingh Stadium, Jaipur. The series is Rohit Sharma’s first assignment as the full-time skipper of India’s T20I team and he’d like to get off to a winning start. Following the aftermath of the T20 World Cup, both sides would be eager to prove their merit. The following is a detailed preview of India vs New Zealand 1st T20I Match.

The Men-in-Blue and the Blackcaps have locked horns on 17 previous T20 affairs. New Zealand has the upper hand in the rivalry with 9 wins, with a win percentage of 52.94. Two matches ended in a tie with India emerging on top on both occasions. New Zealand also dominates their rivals when their head-to-head encounters in India are taken into account. In the 5 matches both the sides have played against each other in the subcontinent, the Kiwis have won come out on top on 3 of them.

Rohit Sharma has been in pretty decent touch with the willow as of late, which is evidence of his performances in the bygone T20 World Cup. The 34-year-old would like to start off his term as T20 captain on a high by contributing as many runs as possible on the field. All eyes would also be on Shreyas Iyer, who has been predominantly lost in the shuffle since his shoulder injury back in March. The 26-year-old was groomed to be India’s number 4 but has found himself behind his competitors and was left out of the T20 World Cup squad. Shreyas would be licking his lips at the thought of getting a well-deserved opportunity to redeem himself.

On the other hand, Trent Boult would be the man to look out for in the Kiwi dressing room. The left-arm quick was New Zealand’s standout bowler in the recently concluded World Cup. He also has a track record of troubling the Indian batters in the past. Boulty will now be looking to make early inroads into the Indian batting in the T20I series.

India would be eager to prove themselves after their underwhelming performance in the World T20. New Zealand would be eager to overcome their world cup final loss. Despite both teams lacking the services of their key players like Virat Kohli, Kane Williamson, Jasprit Bumrah, and many others, the series promises to be a riveting contest between two of the best sides in world cricket at the moment. The last time both the sides locked horns against one another, India mopped the floor with New Zealand with a 5-0 clean-sweep. The men-in-blue would love to keep their winning ways given that it’s their turn to have the home-field advantage.

Pitch Report – Jaipur is yet to host a T20I, albeit the venue has hosted plenty of the matches in the IPL. The scores stay on the higher side at the venue and a fairly high-scoring game seems to be in store. Batting second should be the preferred option.