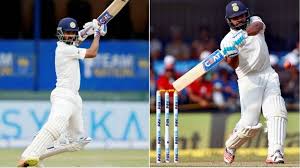 From being India’s best test batter to being appointed as the new skipper in T20Is, the year 2021 has been nothing but sensational for Rohit Sharma. However, the year isn’t done showering Rohit with success as according to reports, the 34-year-old is all set to become Virat Kohli’s second in command in tests. According to sources as reported by NDTV, Rohit Sharma is set to replace Ajinkya Rahane as vice-captain in the longest format of the game.

The downfall of Ajinkya Rahane

Following the triumphant win at the Border-Gavaskar Trophy earlier this year, Rahane’s run with the bat has been atrocious at best. Rahane continued to be a part of the playing XI despite a string of low performances. To paint a clearer picture, we shall compare Rahane’s numbers with those of Ravichandran Ashwin, whose primary role is that of a bowler who can bat at number 8. Ashwin averages 31 in tests for India this year which includes a century at home as coming against England in February. On the other hand, the 33-year-old averages 19 with the bat in the 12 matches he’s played this year. His performances are unacceptable given his seniority and the importance he holds.

The Mumbai-born has been the butt of all jokes on social media as fans don’t miss out on a single opportunity to troll him for his dismal performances. As a result, experts and pundits alike have been questioning his selection for quite some time. Rahane, who missed the ongoing second Test against New Zealand in Mumbai due to an injury, is set to lose his vice-captaincy from the South Africa tour with Rohit Sharma primed to replace him, sources said.

Ever since his re-birth as an opener in the longest format of the game, Rohit has not looked back. Grasping the once-in-a-lifetime opportunity with both hands, the Hitman made sure he wasn’t messing around. He quickly became India’s first-choice opener and has been formidable with the bat in the last couple of years. He overtook Virat Kohli to become India’s best test batter earlier this year when he secured the 5th ranking in tests. Sharma has been ever-so-reliable with the bat and given his stature and form, picking him as the vice-captain should come as a no-brainer.

India’s tour of South Africa will go ahead despite growing concerns regarding the new variant of the coronavirus, BCCI secretary Jay Shah told ANI. Jay Shah also confirmed to ANI that while India will play three Tests and as many ODIs in South Africa, the four scheduled T20Is will be held at a later date. Given the rise of young talents like Shreyas Iyer and Hanuma Vihari, Ajinkya Rahane may find it difficult to find a spot in the crucial tour of South Africa. As a result, it can be assumed that Rohit Sharma will be assuming his responsibilities as deputy captain from the tour of the Rainbow Nation.

Ajinkya Rahane was appointed as the vice-captain of the Indian test squad early in 2016 following his consistent performances with the bat. He even led the Indian side against South Africa on home soil in the absence of Virat. However, his biggest achievement came when he led a young and inexperienced squad to a series win against Australia away from home without the services of veterans like Virat, Bumrah, Ashwin, Jadeja, and others. Another unique record held by Ajinkya the captain is that India has never lost a test match under his regime. In the 6 Tests he’s previously led the men-in-Blues in before, India has won 4 while drawing the rest.

Rohit Sharma vs Ajinkya Rahane Stats comparison for Tests in 2021