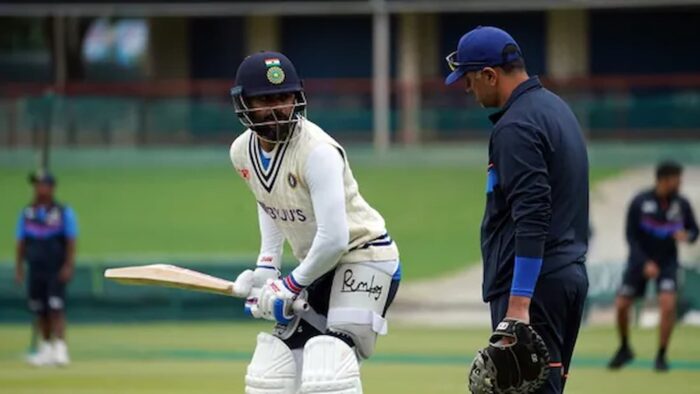 Indian team is currently in South Africa for three-match Test series which is followed by 3 ODIs. This is the first foreign assignment of Head Coach Rahul Dravid. Dravid has had a successful assignment till now. India won both the Test and T20I series against New Zealand. In a viral video, it was seen that Rahul Dravid was wicketkeeping during India’s practice session. Let’s dive into the article.

Notably, Rahul Dravid used to occasionally bowl off- spin during his playing days. He was the wicketkeeper of the Indian Team in his days. Dravid has been keeping a close eye on India’s preparation in South Africa for three match test series. Indian Team is yet to win a Test series in South Africa. And this time, it seems as the best chance.

Notably, India will start the South Africa tour with a three-match Test Series starting from December 26. Star opener Rohit Sharma won’t be available for the Test series. He is out due to a left hamstring injury. Priyank Panchal was called-up as his replacement. All eyes will be on India’s pace department. Their performance could be a deciding factor in this series. On the other hand, batsmen also have to stand strong and play well in tough conditions.