The SportsLiteSports at just one click!
HomeCricketShocking! Top five Overseas Players who were not retained
CricketIPL

Shocking! Top five Overseas Players who were not retained 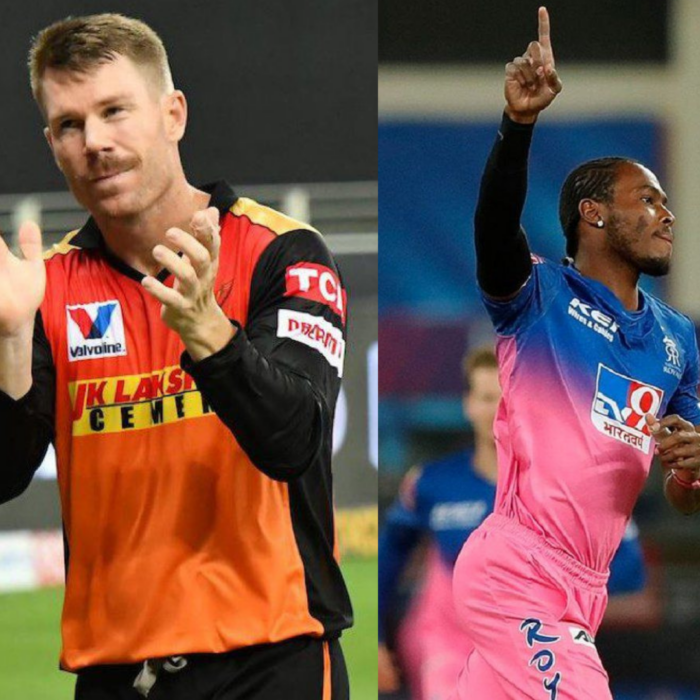 Before IPL 2022, the list of retained and released players of all the eight franchises is disclosed. While some veterans are released by the teams despite good performances, some new faces are held back at hefty prices. With two new teams added to the fray in Lucknow and Ahmedabad, the teams may not get the players back in their squad again. The Lucknow and Ahmedabad franchise are allowed to draft three players from the player pool before the mega auction. In this article, we take a look at the top five overseas players who are not retained by their teams.

The only thing which seems to have gone against Faf is his age. While we say that age is just a number, for cricket it may be more than that. Faf du Plessis, who was the second-highest run-scorer of IPL 2021 with just 3 runs short of the Orange Cap, is not retained by the reigning champions CSK. A gun fielder, and an explosive opener, Faf played a key role in making Chennai the Champion. It will be interesting to see if CSK can get back the services of Faf du Plessis via the mega auction.

Delhi Capitals’ made an interesting choice by giving priority to Anrich Nortje over the IPL 2020 Purple Cap winner. Yes, you heard that right. Kagiso Rabada is not retained by the Delhi Capitals. The premier Proteas’ pacer had a mediocre outing in IPL 2021. In 15 matches he played in IPL 2021, he took as many wickets as the matches he played. The stats may not be too horrible but the fact that he was outplayed by his own ally in IPL 2021 can’t be denied.

The exclusion of David Warner didn’t come as a surprise to anyone as there were speculations about this for a long time. Notably, SRH had a horrendous campaign in IPL 2021 and ended as the bottom-ranked team. They even sacked Warner from captaincy and later from the playing XI, but nothing worked down well for them. It is also interesting to note that after the disastrous outing in IPL, Warner bagged the Player of the Tournament award at the T20 World Cup.

England’s express fast bowler, Jofra Archer’s release came as a surprise to RR fans. Jofra was bought by Rajasthan in 2018 for 7.20 Crores. He was outstanding in all the three seasons he played. Archer took 46 wickets in 35 matches at a scintillating economy of just over 7. Archer has insidious Yorkers and Nasty bouncers in his armor, but his injury-prone background led to his exclusion from the team.

Amongst the most cited releases of the IPL is the name of Afgan leggie Rashid Khan. If reports are to be believed, Rashid wanted to be SRH’s first retention, but the franchise didn’t agree upon that. Rashid, who was the ICC’s T20I player of the decade, decided to part ways with SRH and head towards the auction. But there is little hope for the SRH fans as the SRH management has said, “We will try maximum to pick Rashid Khan in the auction”. It is worth noting that Rashid has played all 76 matches for SRH since 2017. And he took 93 scalps in them, which is the second most in IPL. He is also Afghanistan’s first IPL millionaire.