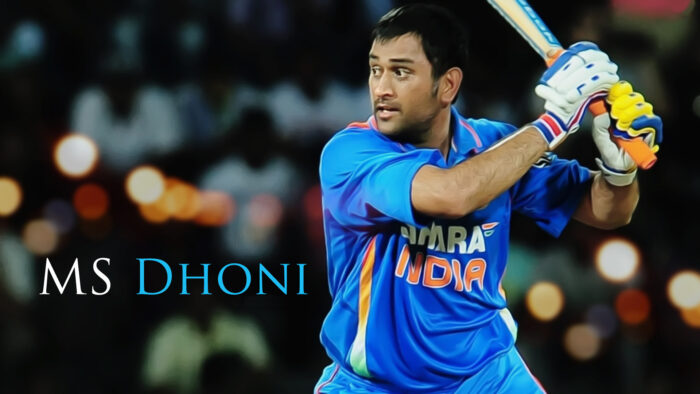 Mahendra Singh Dhoni successfully established himself as one of the greatest captains in the cricket fraternity. Apart from being an extraordinary skipper, Dhoni is also an outstanding wicketkeeper and an astonishing finisher. In his glorious international career, the Ranchi-born produced a lot of amazig knocks to steer India to many victories. In this article we will look at the top 5 best innings of MS Dhoni in T20 International.

Sri Lanka posted a heavy 206/7 after batting first and India had a tough task at hand at Chandigarh. Virender Sehwag belted a 36-ball 64 before getting out in the 11th over and India were 108/2 and they still needed 99 off the last nine overs. Dhoni and Yuvraj amassed 80 runs off seven overs as India won by six wickets with five balls to spare.

Dhoni was not the highest scorer in this match with Yuvraj Singh eventually winning Man of the Match for his unbeaten 60. But the wicketkeeper-batsman held up one end as Sehwag and later Yuvraj went big guns.

India were tottering at 61/4 when 20-year-old Rohit Sharma was joined in the middle by his captain. The pair bailed India out by posting 85 runs for the fifth wicket. Dhoni scored 45 runs of 33 balls. With the effort of both these batters, India was able to reach 153/5. Momentum was with India when they came out to bowl and they made the most of it. R.P. Singh picked up four wickets while Harbhajan Singh and S. Sreesanth picked a pair each as South Africa were restricted to 116/9. And India raced to a comfortable 37 runs win.

Also Read: List Of All MS Dhoni Half-Centuries In T20I

This was the first T20I fifty for the former Indian captain and his highest score in the format. Dhoni unleashed the power-hitter in him. England were chipping away with regular wickets and India were 120 for three in the 14th over. India needed acceleration from that point and Dhoni did just that powering India to 202/6 with a 56 off 36 balls.

Here too, he held up one end as Suresh Raina and Yuvraj Singh decimated the England bowlers. And India won this match by a whopping 75 runs thanks to Yuzvendra Chahal’s six wicket haul.

India were struggling for runs at 88/3 in the 12th over against Pakistan at Ahmedabad when Yuvraj Singh joined forces with Dhoni and they milked Pakistan bowling for 97 runs in the next nine overs. Dhoni scored 33 runs in 23 balls in the innings which included 4 fours. Dhoni held up one end as Yuvraj rained sixes from the other.

Their 97-run partnership off just 44 balls pushed India’s total to 192/5 and Pakistan fell short by 11 runs during their chase. This innings also showcased the ability of MS Dhoni to play the role of a support cast.

Do You Know: MS Dhoni Net Worth, Endorsements And Sponsorships In 2021

We have Dhoni’s innings against Australia in the opening World T20 at the top in the list of top 5 best innings of MS Dhoni in T20 International. This was one of the earliest signs of Dhoni’s ability to finish off the innings in the best possible manner. Yuvraj Singh fell after playing a fine knock of 70 runs off 30 balls. But MS Dhoni finished the things for India to post a respectable total. India posted 188/5. Australia almost chased down the target but Sreesanth and Harbhajan Singh squeezed the match. And India won this match by 15 runs.

Though, MS Dhoni doesn’t have mind blowing figures in T20Is, but he has the ability to finish the game for the team. He has just 2 50+ scores in T20Is and he hasn’t Man of the Match in any match. But his quality of playing second fiddle and giving strike to a batsmen who is hitting the ball well is exceptional. However, his anchor acts were crucial to India’s cause on multiple occasions during his illustrious career. More importantly, he led India to glory in the inaugural World T20 in 2007.

Share
Facebook
Twitter
Pinterest
WhatsApp
Previous articleIndia VS NZ 2nd Test Day 3: Ajaz Patel accounted for the best bowling figures in a Test Match against India
Next articleDhoni Best 5 innings of all time in all formats