IPL: 5 best captains in Indian Premier League of all time 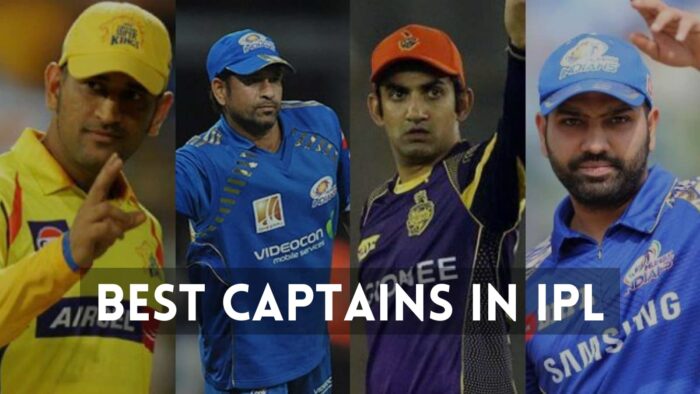 The Captain is there to guide his team to victory, either by an example or through the inspirational leadership. A team invests a lot of resources to select and groom captains. Good captains can turn the tides of a match so drastically that oftentimes it seems like just a fluke. “Captaincy is 90 percent luck and 10 percent skill. But don’t try it without that 10 percent”. The great Richie Beanud’s insight on a captain was on point. In this feature, we will look at the top five best captains in IPL of all time who brought laurels to their franchises not just by luck but by skill.

The Marquee player of Mumbai Indians and the God of Cricket ranks fifth in this list. Sachin Tendulkar‘s name might come as a surprise to many as he possesses a horror record as Indian captain. Sachin’s worth as captain of Mumbai Indians can be gauged by the fact that he led the side to their first ever IPL final. However, they failed to edge past the might Chennai Super Kings in the final owing to some unparalleled field placings of Captain Dhoni. Sachin has led Mumbai to 51 matches and has won 30 and lost 21. He captained the team till 2011 and has a brilliant win percentage of 58.82 to boast of.

The only overseas to feature among top five best captains in IPL of all time is David Warner. The flamboyant southpaw has led Sunrisers Hyderabad in 69 matches having won 35 out of them with a decent win percentage of 52.17. The Kangaroo opener won the Orange Cap as he amassed 562 runs in his maiden edition as captain in 2015. However, Hyderabad lost out on the playoffs by a whisker but Warner gave them something to cherish. The Sunrisers Hyderabad went on to win their first IPL title the following season under Warner’s leadership. Following the sandpaper gate incident, Kane Williamson replaced Warner as the captain of the team for 2018 and 2019 season. But Warner reclaimed his position in 2020 and guided them to yet another playoff appearance.

However, a bad outing in 2021 edition, and Warner lost out not only on his captaincy but also his place in the Playing XI. Notably, Sunrisers and Warner have parted ways for the next edition of the IPL.

The left-handed opener earns his deserved spot on no. 3 in the list of top five best captains in IPL of all time. Gautam Gambhir‘s splendid record as captain for the Kolkata Knight Riders. He has led his team on 129 occasions and won 71 out of them with a win percentage of 55.42. He is one of just three captains with multiple IPL Trophies in his cabinet. Gautam guided Kolkata to their maiden IPL victory in 2012, defeating Chennai Super Kings in Chennai, who were eyeing their hat trick of titles. KKR under Gambhir was a team to beat and they successfully chased down totals of 190+ twice in the high-pressure finals. After a slump in 2013, KKR under Gambhir bounced back the next year, capturing their second title in three years.

Had there been a fixed criteria based only on silverware weight, Rohit Sharma would have taken the top spot. However, he still ranks 2nd in the index of top five best captains in IPL of all time. He has guided Mumbai Indians to five IPL trophies since taking over as captain in 2013 when the great Sachin Tendulkar retired. He has captained Mumbai in 129 matches winning 75 out of them. Rohit won the cup in his debut season as captain of Mumbai Indians. He further took home the laurel in 2015, 2017, 2019 and 2020. Becoming only the second captain to defend their IPL title.

The only captain to lead his team in more than 200 matches when none other has done this even in 150 matches. MS Dhoni is a seasoned leader with an amazingly successful career. The Chennai Super Kings has made it to the playoffs on every occasion except once that was in 2020. He took his beloved CSK home 4 times in 2010, 2011, 2018 and 2021. He is the first captain to defend his IPL title. Against all odds, when CSK made a comeback in 2018, none of the experts seemed to bet on the so-called “Daddy’s Army“. But with a leader like MS Dhoni, the Chennai-based Franchise defied all odds and lift the trophy.

CSK had a forgettable outing in IPL 2020. With the same core, no one expected them to comeback in the next edition. However, despite all the setbacks and against a stiff competition, the CSK came back to prove “Comeback should always be louder than setback”. With 121 wins from 204 matches, MS has a scintillating win percentage of 59.60.

There is no fixed criteria as on what basis we judge a captain. Some captains bring glory back home while some manage to ameliorate the team stuck in a turmoil. Every captain has his own way of leading a team. In this feature, we tried to list five such captains who had an impact on IPL with their leadership quality. No offence if we could not include the Captain of you dream team in this list.