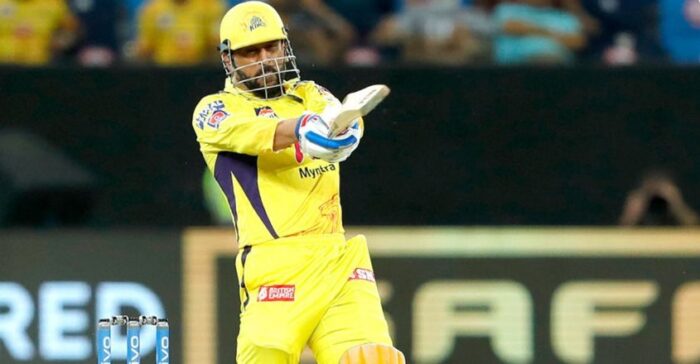 The deadline to submit retained players list for the 15th edition of the Indian Premier League is now just 6 days away. Most of the IPL franchises have finalized their lists but are yet to announce the same in open. The IPL Governing Council & BCCI has asked the franchises to submit the retained players list by 12 PM – 30th November. Teams like the Mumbai Indians and the Chennai Super Kings (CSK) that have built a stable and solid squad will have a tough choice of retaining only 2-3 players from multiple match-winners. Reports are coming that from IPL 2022 CSK will retain MS Dhoni for the next three seasons.

Ahead of the mega auction, defending Champions Chennai Super Kings (CSK) have decided to retain their talismanic captain Mahendra Singh Dhoni for the next three seasons of the Indian Premier League(IPL).

Apart from Dhoni, the franchise is set to retain all-rounder Ravindra Jadeja and opener Ruturaj Gaikwad, who played crucial roles as CSK won the 2021 IPL title. CSK is also in talks with England all-rounder Moeen Ali to come on board.

CSK retaining Dhoni wouldn’t come as a surprise, especially with the brand value he brings to the team. At a recent CSK event, Dhoni had confirmed that his last T20 game will be in Chennai, putting his IPL retirement speculations to bed.

“I have always planned my cricket. My last ODI in India was in Ranchi. Hopefully, my last T20 will be in Chennai. Whether it’s next year or in five years’ time, I don’t know,” Dhoni had said.

Most of the players associated with various franchises might leave the franchises and will take part in the auction. It will be very exciting to see franchises retain which players. We all know that MS Dhoni is a class player. That’s the reason that in IPL 2022, CSK retain MS Dhoni for the next three seasons.