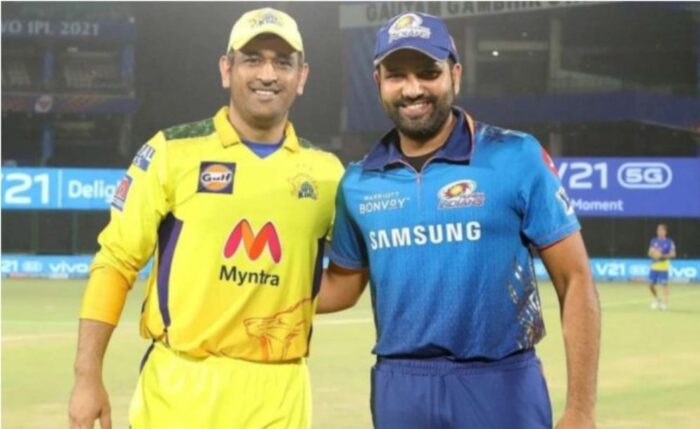 Chennai Super Kings will take on Mumbai Indians today September 19 at the Dubai International Stadium. This will be the first match of the resumed season and will be a cracker of a game. Considering the history of both the teams’ fans will be expecting stiff competition and will be rooting for their favorites. Here we are presenting you to CSK vs MI best prediction team for today’s match.

So far Chennai Super Kings have had a brilliant season winning five of their first seven games. Dumping away their blues from the 2020 season CSK has shown brilliance with both the bat and the ball. Young stroke maker Rituraj Gaikwad and their experienced campaigner Faf du Plessis have been their best with the bat. While Moeen Ali and Ravindra Jadeja are their best all-rounder picks for the season. Both of them have grabbed every opportunity they got and made the best out of it. Jadeja slogging with the bat has been a revelation for CSK. Deepak Chahar and Shardul Thakur are to lead the pace attack along with the inclusion of Aussie star Josh Hazelwood.

Mumbai Indians started their season with a last-ball loss against Royal Challengers Bangalore and looked iffy during the first leg of the tournament. They stood fourth on the points table with four wins of the seven games played. Mumbai would want their key batsman Rohit Sharma, Suryakumar, and De Kock to be in their sublime touch. While expecting its star all-rounder Hardik Pandya to fire on all cylinders as he looked hazy during the first leg of the tournament. The team would want Pollard to carry forward his form from the CPL who wreaked havoc. Bumrah, Boult, and Chahar will be leading the bowling front.

In the 2020 season of the IPL Dubai hosted a total of 26 matches and had a lot of support for the batsmen. Teams who batted first won 16 games two of which resulted in a super over victory. While the team batting second won 10, one of them was a super over win.

The highest score by the team who batted first was 219/2 by Sunrisers Hyderabad, while the highest team score batting second was 201/2 by Mumbai Indians.

So, by keeping the IPL 2020 trend in mind the pitch is expected to help the team that bats first.

Key Players to lookout for

Quinton de Kock, a natural stroke maker who ages better with time. Having scored over 500 runs last season he will be expected to fire for Mumbai yet again. Quinton personally would also like to carry his international form before entering into the T20I world cup next month.

Faf du Plessis has scored 320 runs with a strike rate of 145.45 in the current season and has been CSKs go-to batsman for quite some time.

Ruturaj Gaikwad despite having a shaky start in the 2021 season but was stabling well before the season got disrupted. He also had a good outing during IPL 2020.

Rohit Sharma is Mumbai’s leading run-scorer in IPL 2021 and given his current international form he will be the key to Mumbai’s success with 250 runs under his belt in the first half of the season.

Suryakumar Yadav scored 480 runs last year and will be expected to perform in the same manner this year as well. A natural stroke maker will try to prove his mettle for the upcoming World T20I.

Moeen Ali has scored 206 runs so far with an average of 34.33 while picking up five wickets as well.

Kieran Pollard is our next all-rounder pick, who snatched victory from the lions of Chennai when the two heavyweights last met. So far he has scored 168 runs and chipped three-wicket in the 2021 season.

Deepak Chahar strikes early in the game and the Chennai team would just be looking for that having picked eight wickets so far, he will be expected to swing the ball early on.

Trent Boult who made sure the Chennai batsmen danced on his tune when the two met in UAE last year might again play a big role. He has picked up eight wickets so far.

Jasprit Bumrah will yet again lead a mighty bowling attack, the right arm pacer has picked six wickets in the tournament at an economy of 7.11

Rahul Chahar was the revelation for Mumbai’s bowling lineup during the first half of the season. Having picked eleven wickets, he would also like to show his selection merit for the upcoming world cup. He is the best pick for CSK vs MI best prediction team.