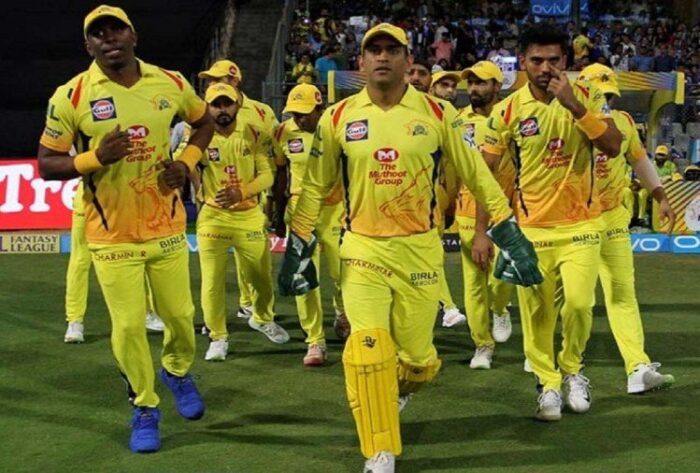 Some might believe that the roar of the lion is only heard in the jungle. But those who have seen CSK play in the IPL will disagree for sure. The tournament is dominated by two teams MI and CSK. CSK is the second most successful team of the tournament with 3 titles to their name. Led by the ‘captain cool’ MS Dhoni, this team keeps climbing higher on the ladder of success every year. Above all, let’s take a look at the top five records of CSK in IPL.

When a team has MS Dhoni as captain, records are bound to be broken. CSK with its consistent performances over the years has a win percentage of 60.48% in 187 matches. In addition to this, this team is the most consistent in IPL history.

The secret to CSK being the second most successful team in the tournament is their bowling line-up. This bowling attack once defended the lowest total ever in IPL history of 116 against Punjab in 2009. In conclusion, Punjab was restricted to 92/8 in 20 overs.

3. First team to beat a side 4 times a season

CSK got the better of SRH for a record 4 times in a single season. They became the first team to achieve this feat in the year 2018. Having beaten them twice in the league stage, CSK met SRH once again in qualifier 1 and then again in the final of the tournament. After crushing SRH four times in 2018, CSK became a part of this record for the second time in 2019 as well. But this time they were at the receiving end of it as they got thrashed by MI four times in 2019.

CSK is the most consistent performing team in the IPL history. They have reached the playoffs of the tournament for a record 10 consecutive seasons from 2008-2015 and then in 2018 and 2019. Excluding two years 2016 and 2017 in which the team was banned. However, CSK failed to qualify for the playoffs for the first time in the season 2020.

1. First team to breach 100 run mark in the powerplay

The qualifier 2 of the 2014 season was host to a swashbuckling inning of 87(25) from the CSK veteran Suresh Raina. Thanks to this knock CSK got off to a flier start to their chase of 227 as the scoreboard raced to 100 runs in just 6 overs. With this effort, they became the first team to reach the 100 run mark in the powerplay itself. Unfortunately, CSK couldn’t chase down the total despite this incredible start.