The SportsLiteSports at just one click!
HomeCricketIND VS NZ: KL Rahul ruled out of Test Series
CricketPlayer

IND VS NZ: KL Rahul ruled out of Test Series 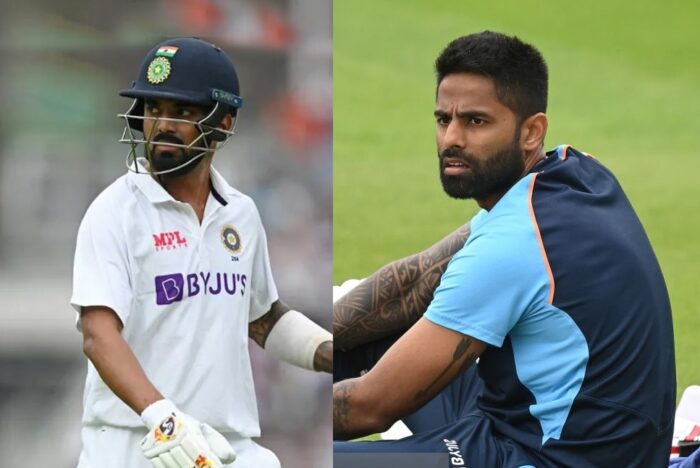 KL Rahul has been ruled out of Test series of IND VS NZ. The Test series is set to get underway on Thursday, with the first match to be played in Kanpur.

As confirmed by the BCCI, KL Rahul will miss the Test series. He sustained a muscle strain on his left thigh. KL Rahul will now undergo rehabilitation at NCA. Suryakumar Yadav has been added to the squad. There are just two days out from the start of the first Test against New Zealand in Kanpur. Shubman Gill and Mayank Agarwal likely to open for India with Rohit Sharma rested and KL Rahul injured.

The injury to the Indian opener comes as a huge blow to India’s plans. Virat Kohli and Rohit Sharma already rested for the first Test and the series, respectively.

Ajinkya Rahane is the stand in captain. Virat Kohli will lead the side when he returns for the second Test in Mumbai, starting on 3rd December.

Suryakumar, the 31-year-old middle-order batter, was also a late addition to red-ball squad that had toured England earlier this year, but he is yet to make his debut in the format. He might now be in contention for a middle-order spot along with Shreyas Iyer.

Suryakumar, who has become a regular in India’s T20I side, has been a key player for Mumbai in the Ranji Trophy. In the most recent first-class season, in 2019-20, Suryakumar tallied 508 runs in ten innings at an average of 56.44 and strike rate of 95.13, with two hundreds and two fifties. Of the 77 first-class matches he has played, 71 have been in the Ranji competition.

With KL Rahul ruled out of Test Series in IND vs NZ Tests, it raised many concerns. The non selection of Hanuma Vihari in this main squad is hurting India. It exposed the mismanagement between the Selection Committee and team management. India wants Shubman Gill to play in the middle order which is without Virat Kohli. But now Shubman will have to make his comeback as an opener.

There are more concerns. There are just three batters left now with more than experience of 10 Tests. One of them is Mayank Agarwal, who is making a comeback to the opening slot after he was dropped in Australia. The other two, Cheteshwar Pujara and Ajinkya Rahane, you have to believe, must be under some pressure. Rahane is averaging under 25 over the last 15 Tests with one century. At home, he has averaged 18.66 in four Tests in this period. Pujara is averaging under 29 over his last 22 Tests and he hasn’t scored a century. His average of 32.25 in nine home Tests in this period is a cause for concern.

The conditions will probably dictate the final selection now. If the pitch is a turner from day one, India might just play the extra batter and sacrifice a third spinner or a second fast bowler. If it is not a square turner, they might play five bowlers. It is a situation that everybody will feel was avoidable and hope it serves as a reminder of the need for coordination without costing them too much.