Most Runs By Indians In IND VS NZ Tests 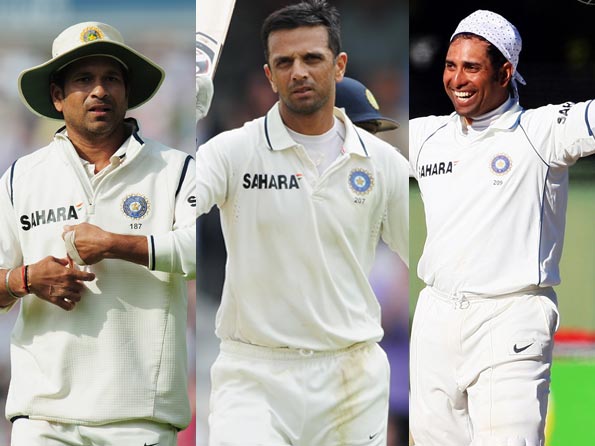 India and New Zealand gear up for a two-match Test series, starting November 25 in Kanpur. The series is part of the ICC World Test Championship 2021-23 cycle. Notably, New Zealand beat India at home 2-0 in 2020 and then tasted success once again in the Test Championship final 2019-21 cycle. India have beaten New Zealand on three successive occasions at home in Tests. In their previous tour of India in 2016, the Kiwis were hammered 3-0. In this article, we will discuss Most runs scored by Indians in IND VS NZ Tests.

VVS Laxman name will always be there with the greats of cricket that India produced. He was the artist of Indian batting lineup at that time. Laxman had a delicate touch. He bisects gaps that fielders never though were there, creates angles that bowlers thought they had cut off, and releases pressure that the opponents thought they had under an air-tight lid. VVS often batted with the lower-middle order and the lower order, thereby being deprived of the chance to build longer innings, but whenever he has been given an opportunity he has flowered.

He played 10 Test matches against New Zealand and scored 818 runs in these matches. Laxman has two 100s and six 50s to his name in these 10 matches. He averages 58.42. This is the class of VVS Laxman. He made batting with lower order so easy.

Current Indian captain and the most popular cricketer in the world, Virat Kohli is fourth in this list of most runs by Indians in IND VS NZ Tests. Virat is a cricketer to whom world class bowlers afraid to bowl to. In the 2016 Series against New Zealand, Virat brought up his highest score against New Zealand in Tests. India batted first after winning the toss and Kohli led from the front with a sublime 211 off 366 balls. The Indian captain smashed 20 fours during his knock.

A classy opener for India, Virender Sehwag is third on this list. He had a different attitude from other batters. He just believe in a statement: See the ball, hit the ball. Sehwag allowed the rest of his body to follow his hands. This approach has let him down many times but the success rate is even higher than that. He usually provide good starts to Team India. His style of playing in Tests also remained more or less the same. He usually put the pressure on the bowlers by batting aggressively. And first balls boundary was his love. He usually hit the first ball to a boundary.

Does he need any introduction? Absolutely not!! Whether or not you like the game of cricket, you definitely know this man. He is a Legend of Cricket. Tendulkar has been the single biggest factor behind the explosion of popularity that cricket enjoys in India which led to the Indian board becoming the richest and most powerful in world cricket. It was a pleasure watching Sachin bat. He was just brilliant against every oppositions and New Zealand were no different. His innings in October 1999 against New Zealand was just brilliant. India batted first in the third Test and Tendulkar top-scored with 217 from 344 balls. This is also his highest score against New Zealand in Tests.

Current Indian Head Coach, Rahul Dravid, steals the top spot in the list of Most Runs by Indian batsmen in IND VS NZ Tests. He loved batting for long hours. He was called as “The Wall” of Indian Cricket team. Just like a wall, he took blows on his body but took his team to a comfortable position. His innings in October 2003 was a perfect example of his batting. He scored 222 of 387 balls. Batting first, India lost openers Aakash Chopra for 42 and Virender Sehwag for 29. Sachin Tendulkar also fell for 8, leaving the hosts in a spot of bother at 134 for 3. Dravid, however, frustrated the New Zealand bowling. India did not lose any further wickets on the day as Dravid returned unbeaten on 110 .

Most Runs By Indians In IND VS NZ Tests