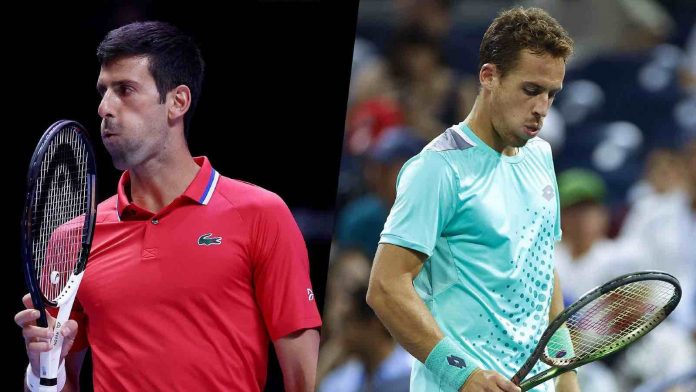 On Tuesday, the fourth-seeded Novak Djokovic will play Roberto Carballes Baena in the Australian Open first round.

Djokovic began the 2023 season at the Adelaide International 1, where he defeated Quentin Halys and Constant Lestienne in straight sets on route to the quarterfinals. The 35-year-old proceeded to overcome Denis Shapovalov 6-3, 6-4, then Daniil Medvedev by a same score to secure his position in the championship round. Sebastian Korda was his opponent here, and he defeated the American 6-7(8), 7-6(3), 6-4 after saving a championship point.

At the Tata Open in Pune, where he began his 2023 campaign, the Spaniard played fellow countryman Bernabe Zapata Miralles in the opening round. He defeated the 26-year-old by scores of 6-1 and 7-5 to advance to the quarterfinals. Top seed Marin Cilic defeated Carballes Baena in this match, with Cilic taking the first set 6-3. The Spaniard wouldn’t give up, though, and won the second set 6-3 to send the match to a third set. Cilic took the third set easily, 6-1, to seal the victory and advance to the quarterfinals.

The greatest strategy for the Spaniard would be to make Djokovic commit mistakes on the court. To have a chance against the No. 5 player in the world, he must perform at his highest level. Djokovic is the clear favourite to win on Tuesday with to his fantastic run of form, and unless he has a completely bad day, he should have little issue upsetting Carballes Baena.