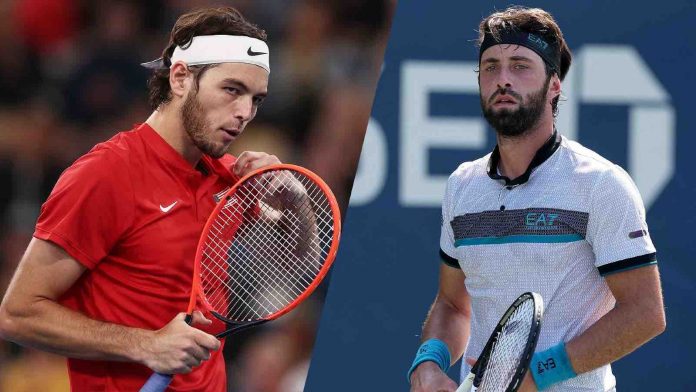 On Tuesday, the opening round of the 2023 Australian Open is scheduled to feature a match between Taylor Fritz and Nikoloz Basilashvili.

Fritz participated in the United Cup to start off 2023. In the group stage, he defeated Jiri Lehecka and Alexander Zverev, but in the city finals, he was defeated by Cameron Norrie. The US did, however, advance to the last four. The Americans won the event because to Fritz’s victories over Hubert Hurkacz in the quarterfinals and Matteo Berrettini in the championship. His new goal will be to go through the fourth round of the Australian Open.

In 2022, Basilashvili struggled and finished with a 14-29 win-loss record. His second-place showing in the Qatar Open was the high point of the year for him. He competed in the Tata Open Maharashtra to begin the new season, but he was defeated by Marco Cecchinato in the opening round. After that, Basilashvili participated in the Adelaide International 2, but he had to give up midway through his qualifying match. His finest performances in Melbourne thus far have been a handful of third-round outings.

The two have a 2-2 head-to-head tie after splitting their previous four encounters evenly. At the Indian Wells Masters in 2021, Basilashvili defeated them in straight sets.

The only thing that rivals Basilashivli’s potent ground attacks is his erratic behaviour and lack of a backup strategy. On the other side, Fritz is a strategically astute player and won’t have any problem engaging from the baseline. His serve should make things much more favourable for him. The American should easily go on to the next round based on their current performance.

Prediction: Fritz to win in 4