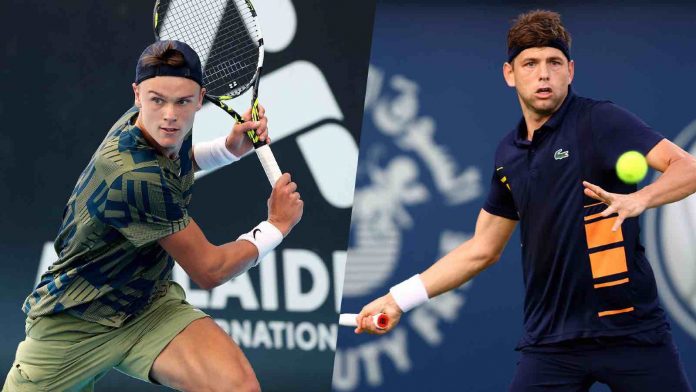 On Tuesday, Holger Rune and Filip Krajinovic will face off in the opening round of the 2023 Australian Open.

Near the end of 2022, Rune’s season began to improve. In Sofia, he came in second place, and in Stockholm, he won his second championship. He lost to Felix Auger-Aliassime in the Basel final the following week. The young man then won the Paris Masters, his biggest career victory. In the final, he beat Novak Djokovic as well as five other players ranked in the top 10. In the sole competition Rune entered this year, he was defeated in the opening round. Yoshihito Nishioka defeated him in three sets as he was competing in the Adelaide International 1.

At 2023, Krajinovic began with competing in the Tata Open Maharashtra. He overcame Michael Mmoh and Sumit Nagal to go to the last eight, where he was eliminated by Benjamin Bonzi.

Rune will be anxious to demonstrate that his loss against Nishioka last week was an exception and that he is prepared to compete against the top athletes. The youth has demonstrated he is more than capable of rising to the situation and should be able to move farther, despite the fact that Krajinovic is a pretty difficult opponent to face early on.

Prediction: Rune to win in 4