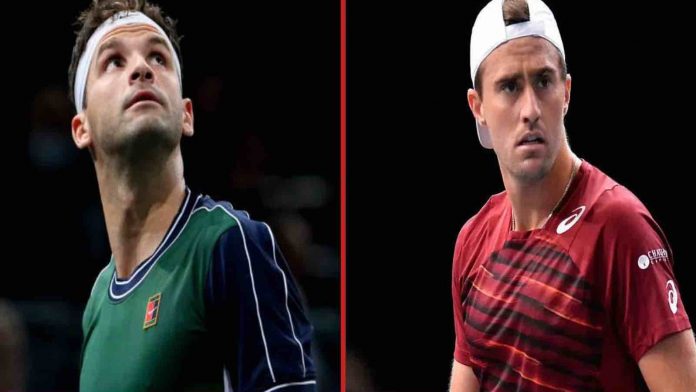 Grigor Dimitrov and Steve Johnson will meet for the second straight time at a Slam when they square off in the opening round of the 2022 US Open on Tuesday.

Injury led Dimitrov, the 17th seed, to withdraw from his final main-draw match in Winston-Salem, where he lost to Dominic Thiem for the 16th time in 20 matches. The French Open was where the Bulgarian last had a string of victories. Dimitrov, a previous semifinalist at Flushing Meadows, will be eager to regain some of his lost form this week.

Johnson, on the other hand, has played quite a few matches on North American hardcourts in the lead-up to the tournament. The Hall of Fame Open and Los Cabos quarterfinals were both reached by the 32-year-old. He has recorded victories over players like Thanasi Kokkinakis and Pedro Martnez and says he enjoys playing in these circumstances.

Grigor Dimitrov leads Steve Johnson in their current head-to-head by a comfortable 5-3 margin.

On Tuesday, fans can expect a fine demonstration of first-strike tennis when two big hitters take the court. Dimitrov should continue to be the more dominant player from the baseline if completely fit. The 17th seed may be able to turn around the Wimbledon result if he can keep an eye on his mistake total.