Day 1: Will Stefanos make a seamless entry into the second round? 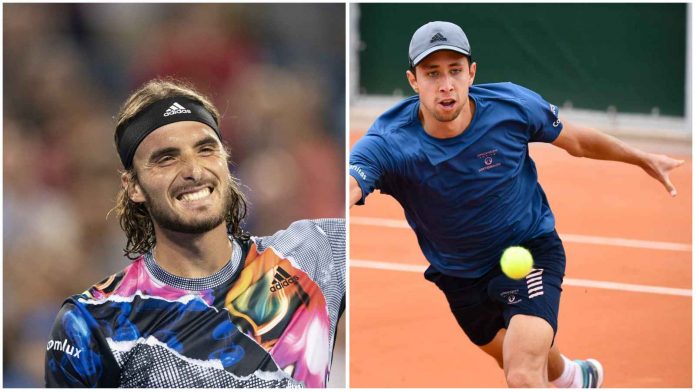 Stefanos Tsitsipas is the only Greek player in the top 10 in history. At the Australian Open, he quite impressively entered the semi-final, one of his best AO performances. He lost against Daniil to end his AO tour, however, Tsitsipas made it into the majority of the tournament finals he competed. Stefanos also lifted his first men’s doubles title with his duet, F. Lopez in the Mexican Open.

His overall performance throughout the tours has been very impressive as he got a hand on the Monte-Carlo Masters title in April. Followed by quarter, semi and final in the Barcelona, Madrid and Italian Open respectively. Unfortunately, he dropped against Holger Rune in the French Open in the fourth round by 5-7, 6-3, 3-6, 4-6. Prior to losing to one of his greatest social & on-court rivals, Krygios in the third round of Wimbledon he achieved the Mallorca Open title.

The Colombian, World No 94, Daniel Galán could not make it to the main draw in this year’s Australian Open, but he achieved his first Challengers title in Concepcion defeating Rodriguez Taverna (6-1, 3-6, 6-3). Daniel also reached the quarter-final of the Cordoba Open in early February defeating J. Munar of Spain. Nevertheless, he won his second Challengers in mid-April against S. Johnson. Then made it to another Challengers semis in US and Heilbronn.

The 26-year-old was also unable to qualify for the main draw of the French Open. Daniel performed his best in any major at Wimbledon by advancing to the third round. He also defeated Fabio Fognini registering his first against the top 30 at the Croatia Open.

The first meeting between both these rivals will be on Tuesday, 30 August.

Tsitsipas will be the favourite of the crowd out in New York. He can find it pretty smooth to close off the match within two hours against the Colombian. The Greek has a powerful backhand which can cause huge damage to his opponent.