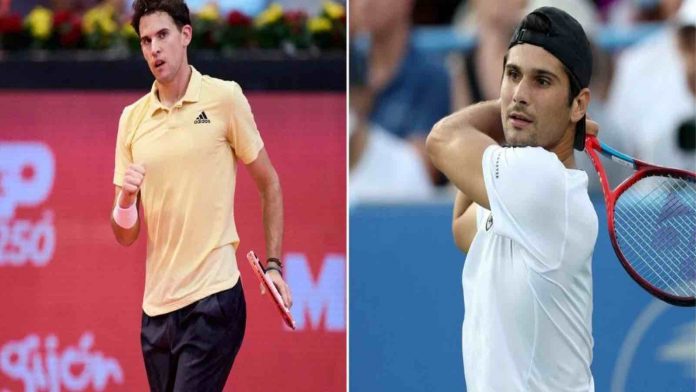 Over the past few weeks, Thiem has participated in the Tel Aviv Open and the Moselle Open. He was defeated by Hubert Hurkacz and Maric Cilic in the second round of each of them, preventing him from advancing further. In Gijon, Thiem’s opponent in the opening round was Joao Sousa. The first blow was delivered by the Austrian, who took an early break to lead the opening set 3-1. With a second serve break, he increased his advantage even more and won the match 6-2. Thiem delivered a bagel to win the match 6-2, 6-0, recording his finest performance of the season thus far. The second set was even more lopsided.

In the opening round, Marcos Giron was matched up against Albert Ramos-Vinolas, a local favourite. He took an early serve break to go up 3-1 in the first set, but the Spaniard won five of the following six games to steal the set from him. Giron broke his opponent’s serve twice to take a 4-1 lead in the opening moments of the second set. Ramos-Vinolas fought back by winning the following two games to make the score 4-3; nevertheless, the American didn’t give up his advantage and was able to win the second set. In the decider, Giron proved to be the more superior player by winning five straight games to take the match 4-6, 6-4, 6-2.

Giron is down 1-0 to Thiem after one match. At the Madrid Open in 2021, he defeated them in straight sets.

Since beginning his comeback earlier this season, Thiem has faced many challenges. He appears to be gradually regaining his best form, and if he keeps competing at the same level as in the previous round, he should be able to surpass Giron.