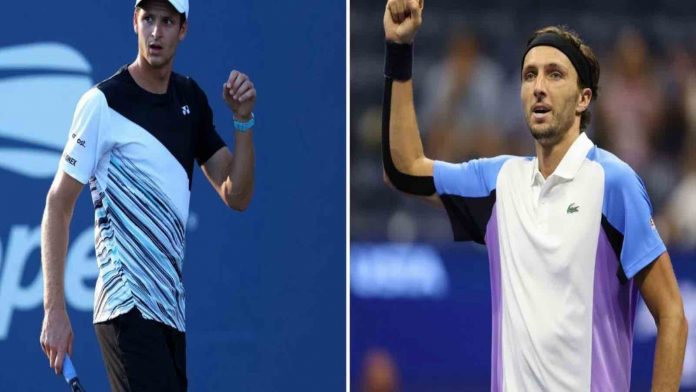 Hurkacz began the defence of his championship against Dominic Thiem, the 2020 US Open winner. He avoided a several break points in the opening game of the encounter before holding serve. Over the following games, both players guarded their serves remarkably effectively. Hurkacz succeeded in securing a break of serve to advance by 5-3. In the ensuing game, he served out the set without difficulty. In the second set, the 25-year-old proved just too reliable for his challenger. In the sixth game of the set, he broke to take a 3-2 lead. Following this, Hurkacz won 6-3, 6-4, and Thiem was unable to reenter the game.

In the first round of the Moselle Open, Arthur Rinderknech defeated Jaume Munar in a gruelling three-set victory. In the second round, he faced fifth-seeded Nikoloz Basilashvili. The Frenchman then bravely held serve at 6-5 while defending a few set points. The following tiebreak saw numerous momentum changes, but the 27-year-old was ultimately successful in winning the set. In the second set, Basilashivili had a break point to go up 4-3, but Rinderkench held on to save it. This ended up costing him dearly, as the Frenchman won the following two games to take the match 7-6 (11), 6-3.

Head-to-head, Hurkacz has a 1-0 advantage over Rinderknech. At this year’s Miami Open, he defeated them once in straight sets.

In recent months, Hurkacz’s serving performance has been exceptional, especially when it comes to first serves. It’s possible that history will repeat itself unless Rinderknech manages to step up his comeback strategy. Hurkacz will likely continue his title defence if he wins.