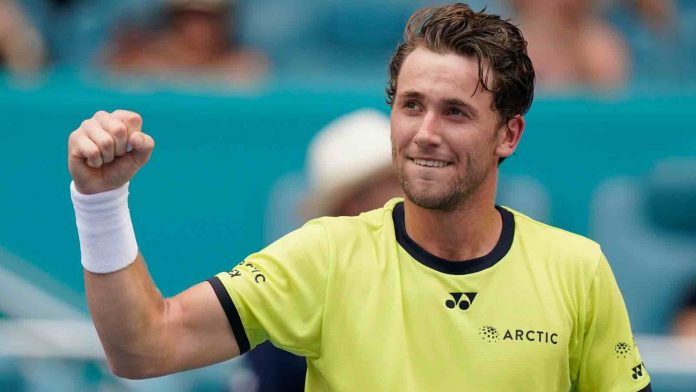 Ruud reached a Grand Slam final for the second time in his career, but Carlos Alcaraz defeated him despite his valiant effort. Ruud will learn a lot from that performance because he also rose to the second-ranked player in the world as a result of his exceptional year. Ruud’s biggest accomplishment has been breaking out of the clay court mould despite having three titles already. Sure, he still likes playing on red dirt, but after making it to the US Open final and the Montreal Masters semifinal, Ruud seems to have discovered another level to his game away from clay. His previous participation in the Laver Cup, in which he defeated Reilly Opelka, was his first appearance in the competition.

Despite being a previous top-10 player, Sock’s recent results on the singles circuit aren’t exactly stellar. The game of doubles is where Sock is gradually finding his footing, and his future pairing with Frances Tiafoe will be something to watch out for when they play Roger Federer and Rafael Nadal. Does that imply that Sock will be practically handed to in singles? Due to the fact that he has demonstrated to be a fighter, we would prefer to think differently. Sock is 1-2 on his win-loss record after three singles matches in this tournament, but both of his losses—to Kyle Edmund and Nadal—came in the third set match-tiebreaker. And last year, he did triumph over Fabio Fognini.

In his opening matchup with a player rated 128th in the world, Ruud ought to be very assured. It might not be simple for Sock to play against a player as systematic as Ruud, but he wouldn’t give up without trying. Although Sock can be counted on to put up a fight, we still anticipate a straight-set victory for Ruud.