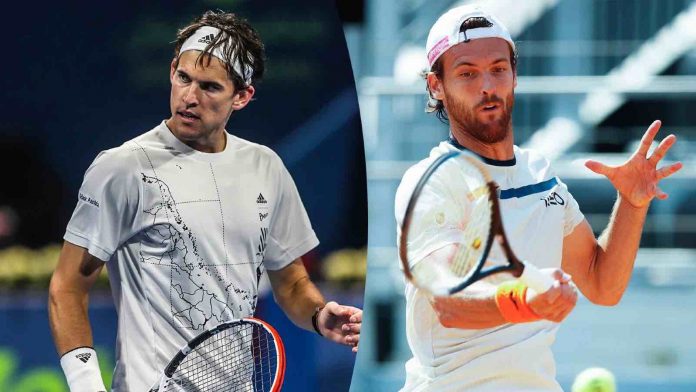 On Monday, Dominic Thiem will play Joao Sousa in the opening round of the Gijon Open.

After taking a significant sabbatical from tennis to heal from a wrist injury, the Austrian made a comeback during the clay-court season. The Swiss Open in Gstaad, when he lost to Matteo Berrettini, was Thiem’s finest performance thus far this year. The former World No. 3 advanced to the round of 16 of both the Moselle Open and the Tel Aviv Open before falling to Hubert Hurkacz and Marin Cilic, respectively. This follows his loss to Pablo Carreno Busta in the first round of the US Open.

In their past meetings, Thiem has a 6-1 advantage over Sousa. The Austrian won 7-5, 6-4 in their most recent encounter, which occurred in the opening round of the 2016 Halle Open.

Even if Thiem is still far from returning to the kind of form he displayed a few years ago, he should be able to upset Sousa, whose performances have been lacking lately.