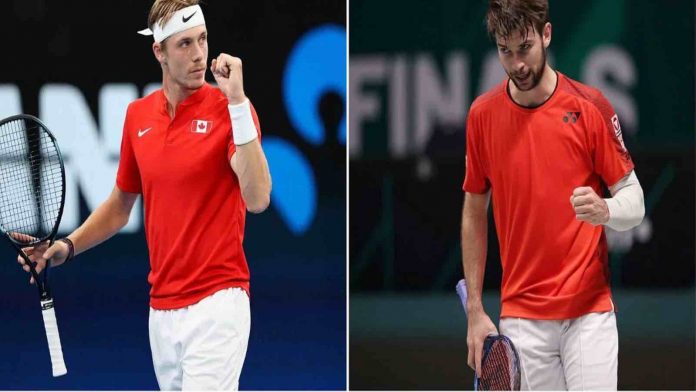 At the 2022 Erste Bank Open, Denis Shapovalov will play home favourite Jurij Rodionov in the opening round.

Shapovalov’s season has been somewhat up-and-down. He didn’t win back-to-back matches again until the Italian Open, where he advanced to the quarterfinals by defeating Rafael Nadal, following his semifinal departure from the Dubai Tennis Championships. The Canadian then dropped out of his following five competitions in the opening round. He had some respectable results leading up to the US Open and also advanced to the third round in New York. The 23-year-old lost to Yoshihito Nishioka in the Korea Open final, his first of the year. He advanced to the Japan Open semifinals the following week. Last week, he participated in the Stockholm Open, where he was defeated by Alex de Minaur in the quarterfinals.

Only three ATP tour events have included Rodionov this year. Both the Kitzbuhel Open and the Dallas Open saw him get to the second round. He took part in the Stuttgart Open as well, however he was eliminated early. He won two of his three singles matches this year while playing for Austria in the Davis Cup. On the Challenger circuit, the 23-year-old has done better, taking home a few trophies thus far. In March, he won his first championship in the Biel/Bienne Challenger, and in May, he triumphed at the Mauthausen Challenger in his native Austria.

Shapovalov is down 1-0 to Rodionov in their matchup. At the 2020 Erste Bank Open, he defeated them once in straight sets.

Rodionov serves fairly well, although Shapovalov has the advantage in this area. When concentrated, he is the better shotmaker and has one of the best backhands on the court. The Canadian has been remarkably consistent lately and is probably going to win to open his season in Vienna.