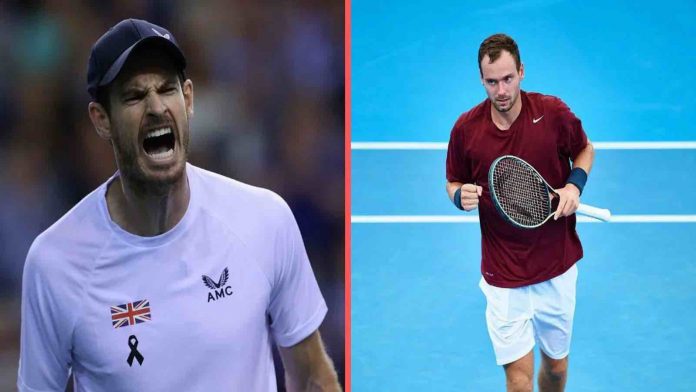 On Tuesday, Andy Murray will play Roman Safiullin in the opening round of the Swiss Indoors.

Although Murray is not the same player he once was, he has so far this season put on some promising performances, making it to two finals in Sydney and Stuttgart. His best Grand Slam performance came at the US Open, as he advanced to the third round before falling to Matteo Berrettini. The 35-year-old most recently participated in the Gijon Open, where he advanced to the quarterfinals before falling to Sebastian Korda after defeating Alejandro Davidovich Fokina and Pedro Cachin. Murray had been expected to participate in the European Open, however he later pulled out of the event.

Safiullin’s best effort this season thus far has been making two ATP 250 semifinal appearances. The first of these took place at the Open 13 in Marseille, where he defeated Stefanos Tsitsipas, Tomas Machac, and Alexei Popyrin before falling to Felix Auger-Aliassime, who ultimately finished in second place. This month at the Tel Aviv Open, the Russian reached his second season semifinal. He won matches against Hugo Grenier, Tomas Martin Etcheverry, and Arthur Rinderknech before eventual champion Novak Djokovic halted his winning streak. Safiullin competed in the Swiss Indoors qualifications, defeating Jan-Lennard Struff and Jaume Munar in straight sets to go to the main draw.

Murray will rely mainly on his strong serve to get free points. The Brit, who is a strong returner, will try to push Safiullin with his strong groundstrokes. He is a strong defender with rapid offensive transitions, which might be very useful. Murray’s return game will put Safiullin’s serve to the test. If the Russian is to defeat Murray, he must play at the top of his game and cannot afford to commit too many unforced errors. The former World No. 1 has recently put on some respectable performances and ought to be able to win this match.