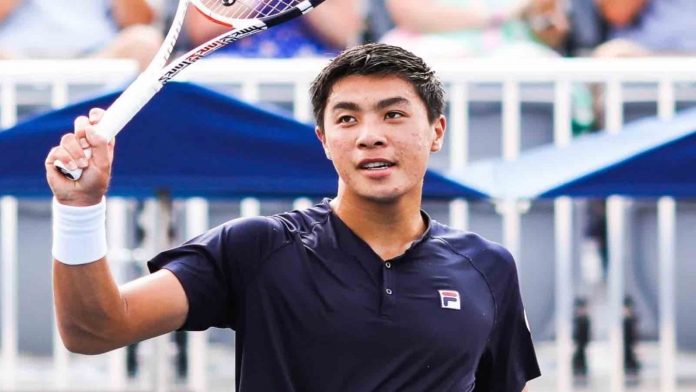 At the 2022 San Diego Open, the fifth-seeded American Brandon Nakashima will play Colombian Daniel Galan Elahi in the quarterfinals.

Because of his success on home soil, Brandon Nakashima is returning to his previous level of competitive tennis. It shouldn’t come as a surprise because most Americans excel at home, and he is no exception. For Nakashima, the opportunity to advance to the semifinals is crucial as he faces an opponent he is predicted to defeat. The American’s year record is 29–22, but his record on hard courts is only 13–12. This could definitely change. Although he didn’t have the best US Open, Jannik Sinner was also there. To reclaim some of his lost confidence, Nakashima needs deep runs, and one here would be extremely beneficial for him.

Danie Galan had a difficult year in 2017, which resulted in a significant decline in his ranking. It was a problem because he wasn’t among the top 100 players in the world. To offset that, he played some outstanding tennis this year, going 48–23 overall and climbing back to the top 100. His best surface, clay, is where he won the majority of his matches, although he also performs well on hard courts. That’s been proven by two victories this week, both of which came against challenging opponents. Although he doesn’t have much power, he has a strong serve and accurate groundstrokes.

They had previously played, and it had taken place at Wimbledon this year. Nakashima triumphed in a rout.

Nakashima comfortably defeated his opponent in straight sets in their lone encounter this year at Wimbledon. It comes as little surprise because that is actually Galan’s poorest surface. Even though he performs better on hard courts, it is quite improbable that he will be able to outperform Nakashima. The American is likely to prevail, but most likely in three sets.