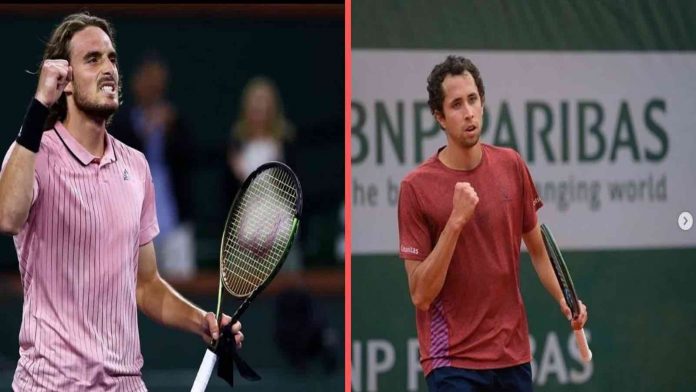 World No. 5 Stefanos Tsitsipas will take on Daniel Elahi Galan in the first round of the 2022 US Open on Monday.

Tsitsipas is having a great season with 46 victories and 16 losses. In addition to winning the Monte Carlo and Mallorca Opens this year, the Greek star reached the finals of the ATP Rotterdam and the Italian Open, where he was defeated by Novak Djokovic and Felix Auger-Aliassime, respectively.

Galan, on the other side, has seven victories in 15 ATP circuit matches this year. However, he has succeeded on the Challenger Tour, winning the Sarasota Open in Florida and the Legion Sudamericana in Chile. Daniel Ellahi Galan breezed through the US Open qualifying stages, winning all three of his matches in straight sets. He will take part in the US Open main draw for the first time in his professional career.

Stefanos Tsitsipas and Elahi Galan have never faced each other on the ATP tour before. Their head-to-head is locked at 0-0.

Even though Galan is well down the rankings, he can be a difficult opponent. The Columbian has a strong serve and favours brief rallies. Galan, like his opponent, like to attack from behind with the help of his powerful serve and aggressive forehand. The World No. 5 should have enough left in his tank to defeat the 26-year-old Galan and go to the next round, despite the possibility that Galan may put up a fight.