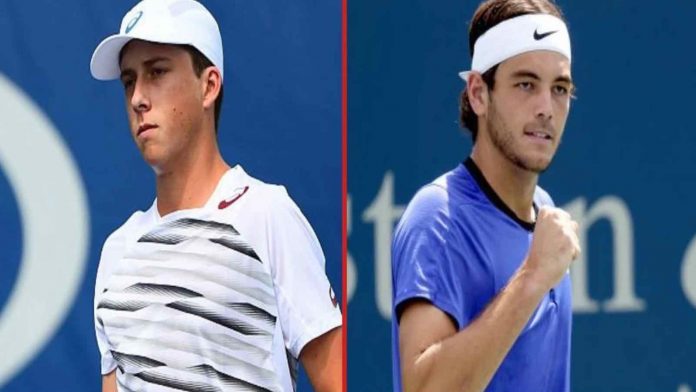 Top-ranked American Taylor Fritz will open his 2022 US Open campaign with a first-round encounter against countryman Brandon Holt on Monday.

The 10th seed enters the competition hot off a run to the Western & Southern Open quarterfinals. For 2022, it was his third victory over a top-10 opponent (and 35th overall, versus 14 defeats) when he defeated Andrey Rublev in the round of 16. Fritz achieved a career-high ranking of No. 12 thanks to his excellent grasscourt swing, which included wins at Eastbourne and Wimbledon’s quarterfinals. He will undoubtedly begin his US Open campaign with confidence.

n contrast, Holt had already achieved three victories prior to the main draw. The 24-year-old put up a strong fight in the qualifying stages, defeating Dimitar Kuzmanov, Emilio Gomez, and Alexandre Muller in three sets apiece. Holt has spent the most of his time competing on the Challenger and Futures tour, where he has won five titles this year and made significant progress toward joining the ATP tour. The American is prepared for a significant Grand Slam opening round.

This will be the first career meeting between Fritz and Holt, so their current head-to-head stands at a 0-0.

The 24-year-old won’t be under any pressure going into the match, which should give him more freedom than Fritz. Nevertheless, the 10th seed should advance if he can play with a feeling of restrained aggression and refrain from giving away too much for free.