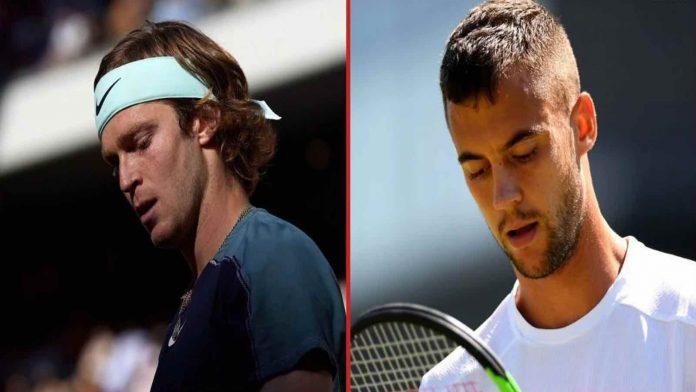 On Monday, October 3, the opening round of the 2022 Astana Open will feature Serbian challenger Laslo Djere, who is rated 72nd in the world.

Rublev decided to take a little break from tennis after his impressive performance at the US Open. He didn’t take part in the Laver Cup or the Davis Cup since his nation wasn’t given the opportunity. Rublev afforded himself an additional week of relaxation earlier this week when the rest of the men’s tennis community began their post-US Open campaigns. He is now back in Astana and is expecting to resume his winning ways, which he had glimpsed at Flushing Meadows when he advanced to the quarterfinal round. Along with winning titles earlier in the season in Dubai and Marseille on hard courts, it came after reaching the quarterfinals of the French Open.

If Djere’s performance in the Winston-Salem Open this year is excluded from his resume, the Serbian might be said to have had a lacklustre season. Apart from his Winston-Salem finals appearance, Djere hasn’t really had much success in 2022, losing 19 of the 33 games he’s participated in. A further indication of Djere’s poor success on hard courts is the fact that he has only won four additional matches in events played on those surfaces, and he has lost seven more, with the lesser number of matches indicating his clear preference for playing on clay.

Rublev has triumphed in both of their prior high-level encounters, and both of those encounters took place this year. In the most recent match, Rublev was forced to a fifth set in the US Open.

Rublev should have no trouble defeating Djere in this match because the Russian easily won in straight sets. He currently plays better and with more than enough strength to guarantee a victory in straight sets.