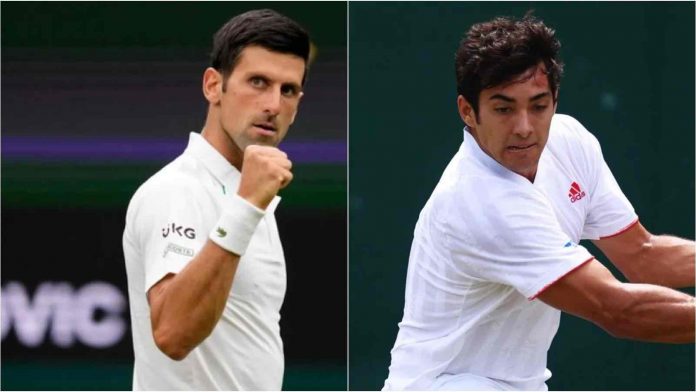 On Monday, the opening round of the Astana Open will feature a match between Cristian Garin and fourth seed Novak Djokovic.

Despite not playing a lot of tennis, Djokovic has had a solid season. He won two championships, the first of which he earned at the Italian Open by defeating Stefanos Tsitsipas in the championship match. At Wimbledon, the 35-year-old defeated Nick Kyrgios to claim a second Grand Slam victory and his 21st overall. Djokovic, who is presently taking part in the Tel Aviv Open, defeated Pablo Andujar 6-0, 6-3 to get his tournament off to a flying start. He then defeated Vasek Pospisil 7-6(5), 6-3, Roman Safiullin 6-1, 7-6(3), and Marin Cilic in straight sets in the championship match.

Cristian Garin’s season has been somewhat underwhelming thus far, falling from 17th to 79th in the standings. His greatest accomplishment was making it to the Wimbledon quarterfinals, when he lost to eventual runner-up Nick Kyrgios. Garin lost in the first round of the Swiss Open in Gstaad and the Austrian Open in Kitzbuhel after the grass-court Major. At the US Open, he was an unknown player who defeated Jiri Lehecka to advance to the second round. But he was defeated by Alex de Minaur in four sets.

Even though he has been out for a few months, Djokovic appears to be in fantastic form. He should have little issue getting by the Chilean who is having a hard time.