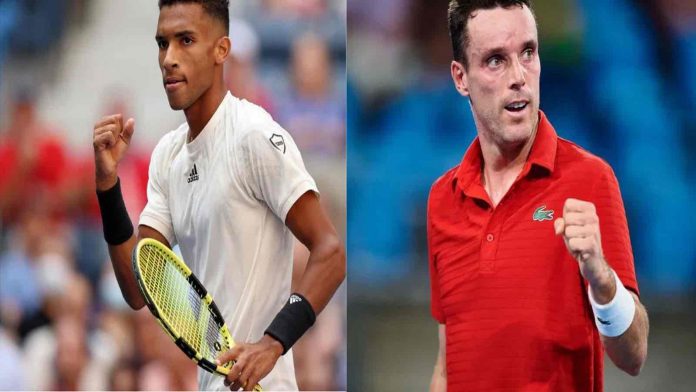 On Monday, October 3, the first round of the 2022 Astana Open will begin. World number 13 Felix Auger-Aliassime will face 21st-ranked Roberto Bautista Agut in what might be a scorcher of a match.

Auger-Aliassime recently entered the top 10 and peaked at seventh in the world, but he has since failed to regain that type of form. In fact, Auger-Aliassime hasn’t won three straight matches in any tournament since his run to the fourth round of the French Open, where he nearly upset Rafael Nadal. His finest performance occurred at a number of these competitions, where the Canadian won the first two games, but lost the third.

Despite being the favourite against American JJ Wolf in the US Open first round, Bautista-Agut lost in straight sets. It was a shocking loss that, if the Spaniard hadn’t already won two championships this season, may have made people wonder what the 34-year-old player’s immediate future held. Additionally, Bautista-Agut enters this competition fresh off a Davis Cup performance that should provide him some relief. He participated in each of Spain’s three singles matches, winning each one.

Between these two, there have been four prior matches—three on the ATP tour and one at the Davis Cup. While Bautista Agut has won their 2019 Davis Cup encounter, Auger-Aliassime had won all three of his ATP matches.

Although we predict Auger-Aliassime to win, considering the Spaniard’s recent form, we believe this match might go into a third set.